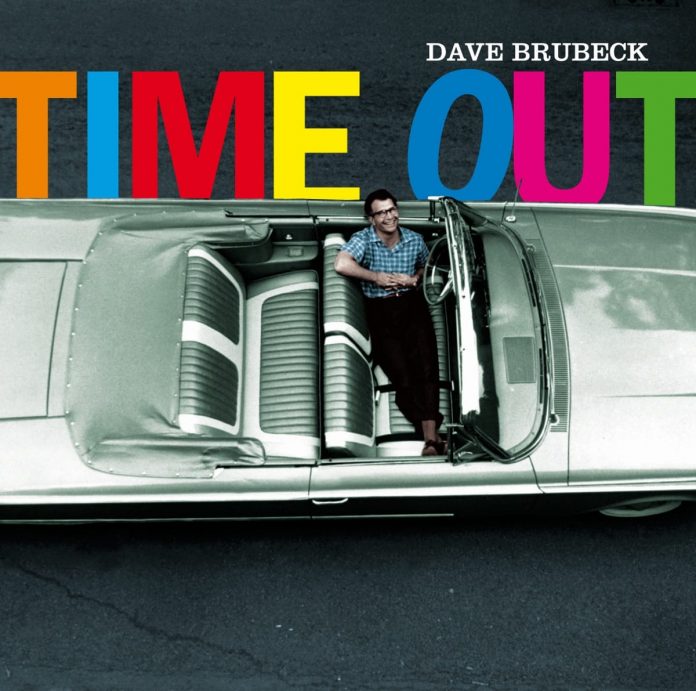 The Brubeck quartet’s most famous (or to some cloth ears infamous) album is undoubtedly Time Out (1959) with two tracks, Blue Rondo A La Turk and Take Five perhaps the most widely recognised jazz compositions of all time (no pun intended).

This reissue, part of the 20th Century Masterworks series, also includes a “bonus album” – the less-celebrated Countdown: Time In Outer Space (1961). As on other titles in the series (of which some dozen in LP or CD form are being reviewed in these pages), brief assessments are provided by Brian Morton and clips from Jazz Magazine, together with the original liner notes for both sessions.

First things first. Time Out profoundly changed the face of jazz composition and performance. Jazz Magazine offered the pithy comment that Brubeck and Desmond “seem to be painting on a canvas. Every note is like a touch of colour, expertly distilled, subtly hypnotic, ideally thought.” Brian Morton endorses that judgement, and adds “Brubeck seemed to know exactly what note to play and when.” He selects the track Strange Meadow Lark as “a masterpiece of anticipation, with every note leading inexorably but still surprisingly on to the next.”

In his sleeve notes to the original issue, the late Steve Race, an early and devout Brubeckian, wrote that the LP was “a first experiment with time, which may well be regarded as more than an arrow pointing to the future. Something great has been attempted … and achieved.” Brubeck himself “confessed” in 1966 that the success of “the odd-meter experiments of Time Out was the farthest from any of our minds in 1959 when Paul Desmond, Joe Morello, Eugene Wright and I went into the studio to record.” True or false? Just listen and enjoy – whatever the changing time signatures.

Count Down: Time In Outer Space is not as impressive, and the themes are less memorable – with the exception of a lilting Someday My Prince Will Come. In his description of this version, Brubeck comments that although “structured the same as the original: drums in 4, bass in 3 and piano [with] alto free to choose between them or move into a completely different time signature, Paul’s last chorus is extremely polyrhythmic.” After the piano man’s stately opening chorus, Desmond’s lyrical improvisation is followed by an extended Brubeck rumination.

Castilian Blues bounces along in 5/4 tempo, with Morello and Wright providing the high-octane rhythmic fuel. Paul Desmond’s composition Eleven Four has him melodically floating above Brubeck’s comping, and Why Phillis Waltz has joyful exchanges between Brubeck and Wright.

If Time Out and Countdown are not of equal quality, both illustrate that the Brubeck quartet, whatever the vintage or time signatures, was a cohesive group enterprise, with the late Eugene Wright its pulsating heart beat. Listen and give thanks.