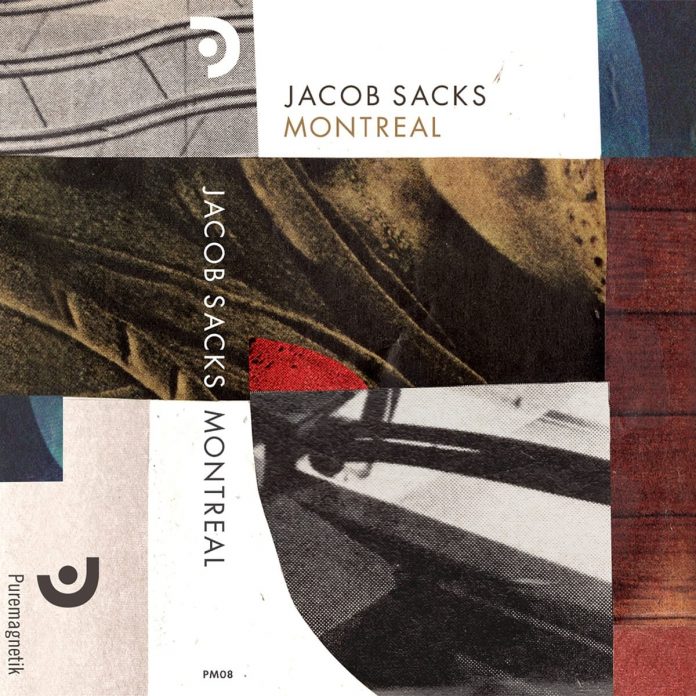 Pianist Jacob Sacks’ latest album is a series of improvisations, recorded in one session in 2019. As the short blurb on the digital release’s webpage explains, the album came about as Sacks was asked to try out a new piano at the Boutique de Son studio in Montreal. Over 20 short pieces, Sacks works through ideas and motifs, demonstrating improvised music at its most organic.

The spontaneity of the album’s recording and its improvised nature adds a live and natural quality which is often missing from recorded music. You hear Sacks getting comfortable and warming up as the tracks progress, shifting from style to style. The opening pieces, Arrival and Awakens, are notably modernist (the album notes cite Schoenberg, Boulez, and Stockhausen), rhythmically and harmonically dissonant, but Sacks also draws from other inspirations.

There is more familiar harmony scattered throughout the album, with some dense, almost identifiable chords on the sixth track, Bounced, the 13th, Stealthily, in which Sacks’ jazz influences begin to stand out, and the wonderfully rich and spacious final track, Departure.

Sacks also explores the timbre and resonance of the piano, such as on the fifth track, Tense, in which he repeats a single note with varying dynamics and sporadic embellishment, and on the 11th track, Kaleidoscopic, a scale-based piece with changing tempos.

While it’s not specifically a jazz recording, anyone interested in improvisation and the modernist influence in jazz will find Sacks’ latest release interesting. It’s primarily available as a digital release, but you can also purchase a cassette version from Puremagnetik’s website.

Derek Ansell - 12 March 2022
Bolla gets on the move through five of his own originals, one by Thelonious Monk and one each from Ellis Marsalis, Billy Strayhorn and J.J. Johnson. The tenor sax...