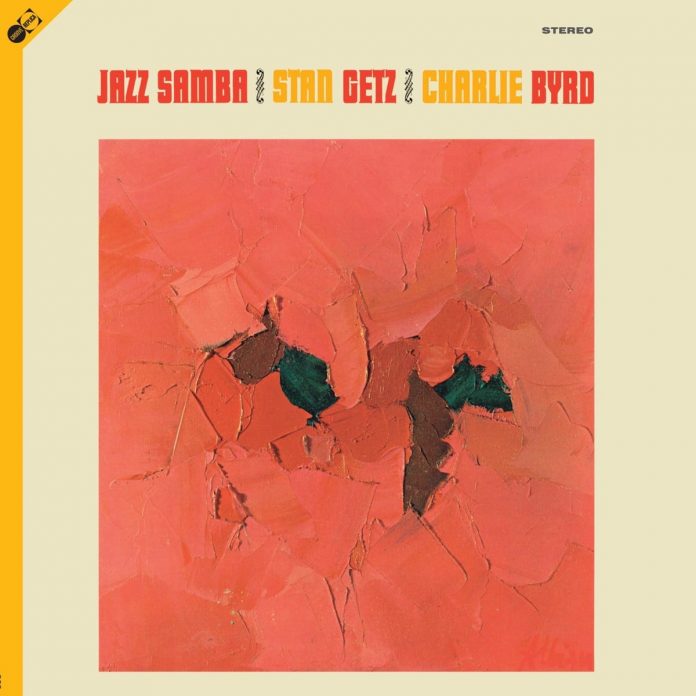 This was the album that began the public’s love affair with the seductive rhythms and harmonies of the bossa nova although that term was not mentioned in the original sleeve-note. Producer Creed Taylor apparently decided that “an American audience wouldn’t know what a bossa nova is”.

They were familiar with the samba so that was how the recording was marketed and Jazz Samba eventually reached number 1 on the Billboard pop charts. Bossa nova became known as the New Thing and Ted Gioia in his Jazz Standards says “After Getz’s success almost every member of Local 802 jumped on the bossa nova bandwagon”. Even Coleman Hawkins dipped his toe into the water and when it eventually came to Paul Desmond’s turn in 1964 he wittily decided to call his effort Bossa Antigua or Old Thing.

Getz would have been familiar with the 1945 Bing Crosby hit Baia, but the rest of this material was quite new to him. On Desafinado the group seem to have decided on a montuno for the blowing choruses instead of using Jobim’s intriguing modulations. Charlie Byrd sounds uncomfortable here but Stan rescues the situation with a brisk, authoritative statement. To be fair to the guitarist his solos elsewhere have a melodic charm perfectly in keeping with the idiom.

Triste means Sad and on Samba Triste the principals create a profound feeling of melancholy that never descends into pathos. The deceptively simple One Note Samba (apart from the tricky middle-eight) was unusual for a genre characterised by subtle melodies. Inspired by a rhythm section with two percussionists Stan creates one of his most extrovert solos of the set here. A bonus is his Big Band Bossa Nova where Gary McFarland’s writing achieves provocative tone colours from a brass and woodwinds ensemble lacking any saxophones.