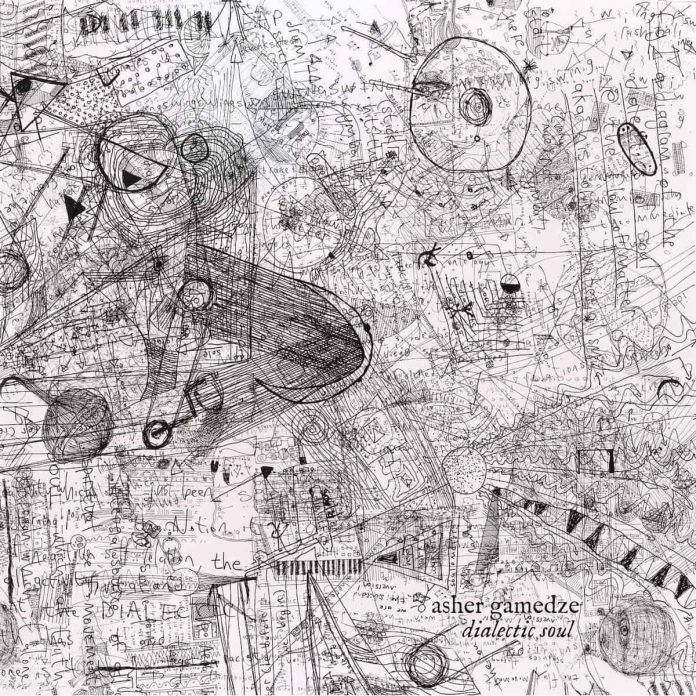 The music here has been described as a blend of free jazz with South African protest music, but more elements are included in its rich urgency and subtle variations, a continuation of the great tradition of African music fused with what was known as American “New Wave” jazz.

The introductory State Of Emergence Suite deals with how colonial violence generates resistance and the alternatives towards it. A tripartite structure of three movements, it sets out colonial history in the Hegelian framework (hence the album title) of Thesis, giving rise to the reaction; Antithesis, the contradiction or negation; and the resolution of the tension, the Synthesis. Solo drums and free time symbolise African motion in Thesis, Buddy Wells’ saxophone the violence of colonialism. Antithesis is the response to colonialism – Black Consciousness and freedom; Synthesis is the organised struggle and positive manifestations of resistance.

Each segues into the next, and there is some fine playing, collectively and individually, the physicality of Asher Gamedze’s impulsive and tumbling drums and the propulsively rhythmic bass of Mavimbela establishing the ground for expressive solos from both Wells and trumpeter Robin Fassie-Kock.

Of the other tracks, Siyabulela starts with muted horns, a slow tempo with gospel touch, full of beauty and stillness, calm and serenity, the voice of Nono Nkoane added. Wells takes a bluesy solo, mid-range, increasing in pace and intertwining with the vocals, guiding ancestors to eternal peace.

Interregnum has a recitation, a story of a child’s discovery of inherited traditions, behind which a deep, dark backcloth is created, slowly gathering ominous momentum. Eternality is a straightahead piece of modern jazz, lively Blakey-like drum patterns behind top-class hard-bop horn solos that wouldn’t be out of place on a Messengers’ album, whilst Hope In Azania is a township song of hope, propelled by a singing bass line. The impressive Mavimbela takes the lead with his walking bass in The Speculative Fourth, its physicality providing the gravitational pull.

This is an interesting mixture of material: thought-provoking, inventive, exciting and joyous; music for a world grappling with class struggle, racism and imperialism, both economic and cultural, but with an expression of direction, determination and hope. Highly recommended.

Brian Morton - 14 September 2019
The Chinese Wu Xing, which developed its systematic form around the same time as Christianity, is usually translated as the “five planets” (to emphasise its “moving” root), or the...