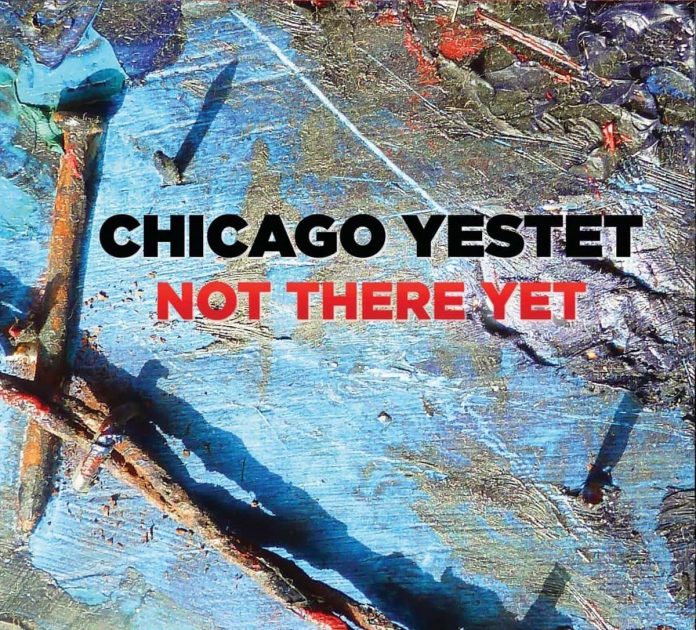 A deep keyboard groove, a slow strutting drumbeat, and the sound of a police siren. “Thinking we’re there yet is foolish. The blood on the ground proves it … We search for reasons why murder can be justified … You may progress, America, but we’re not there yet.”

As rioting spreads across the US in response to the murder of George Floyd, the lyrics of the title track of Chicago Yestet’s third album highlight the ongoing injustices in a country that has not come far enough in its progression towards racial equality. Their pertinence demands to be heard and recognised.

“The Chicago Yestet is committed to grooving, is not afraid to play simply and even pretty, and is willing to directly take on political issues through music”, says trombonist and bandleader Joel Adams. Tightly formed big band arrangements are combined with expert soloing, and the flowing vocals of Burrell are juxtaposed with the pointed spoken word of Keith Harris – who, in Anthem For A New Generation Of Sociopolitical Reactionaries, mockingly responds to Donald Trump: “It’s so divisive and dangerous how you engage with the crowd and spew hate from your mouth to relate to ’em. Wow, so patriotic.”

Over a decade since their 2008 debut Jazz Is Politics?, Chicago Yestet continue to answer this question in the affirmative, addressing prevalent issues in politics through an uncompromising dedication to the music.

Gordon Jack - 18 May 2021
This is the sixth release by the Ira B. Liss Big Band Jazz Machine, which has been based in southern California for the past 40 years. I reviewed their...