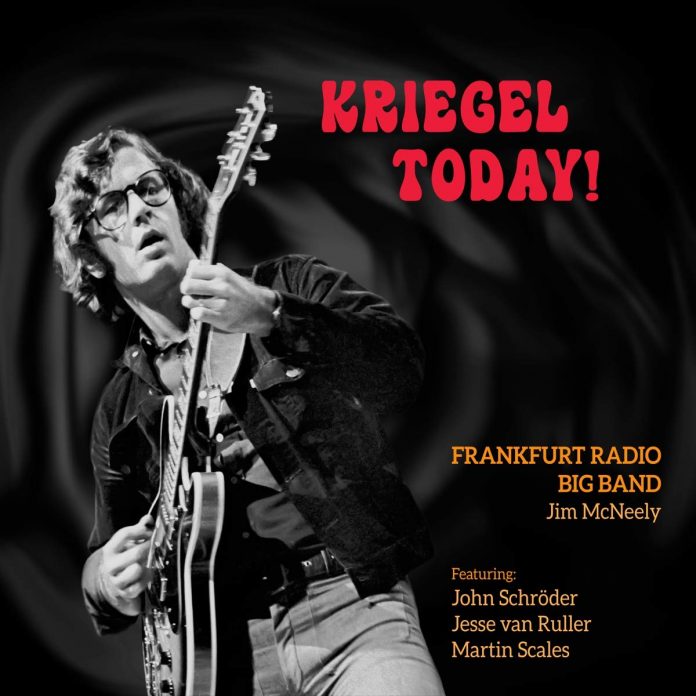 Many UK fans may not be familiar with the work of the late German guitarist Volker Kriegel, but he was the founder of the multi-national United Jazz And Rock Ensemble in the 1970s, working with artists including saxophonists Barbara Thompson and Charlie Mariano.

Kriegel, who died in 2003 at the age of 59, is well remembered in his home country, and this enjoyable collection of his compositions by the Frankfurt Radio Big Band and guest soloists is clearly a heartfelt tribute. This is the seventh album celebrating Kriegel’s work: the MIG Music label has already remastered and reissued six of the guitarist’s own albums.

The great US arranger Jim McNeely conducts a very tight ensemble here, and the guitar solos are shared between Los Angeles-based John Schroeder, Jesse van Ruller of Holland, and UK-German guitarist Martin Scales. All three solo on the opening track Lift!, Schroeder – with a torrent of notes – appealing most strongly to my taste, while van Ruller and Scales have considerable melodic abilities.

Tenor saxophonist Tony Latakos solos with passion and power on the bizarrely titled A Piece With A Chord From A Yorkshire Terrier, followed by another rapid-fire excursion from Schroeder, who toys in wild style with the beat before firing up the climax of the track with intense interplay with Lakatos.

Van Ruller is melodically bluesy on the ballad Morandi, while the jazz-rock style of Kriegel’s work Mild Maniac dates it firmly in the 1970s – in subsequent years there have been outstanding creative developments in the blending of jazz improvisations and rock rhythms. It was, however, in the 70s that a whole new audience was drawn to jazz, and I for one am grateful to European pioneers such as Kriegel and the late trumpeter Ian Carr for helping to lay the groundwork.

The three guitarists all solo on this track, and on the closing work Missing Link, while Scales and Schroeder are featured together on Schnellhorspiel, Scales and van Ruller on Prinz Eisenherz, and Scales alone on Definitely Suspicious.

McNeely’s arrangements certainly keep the spirit of Kriegel’s style, while creating layers of warmly voiced sounds to contrast with the guitar soloists.