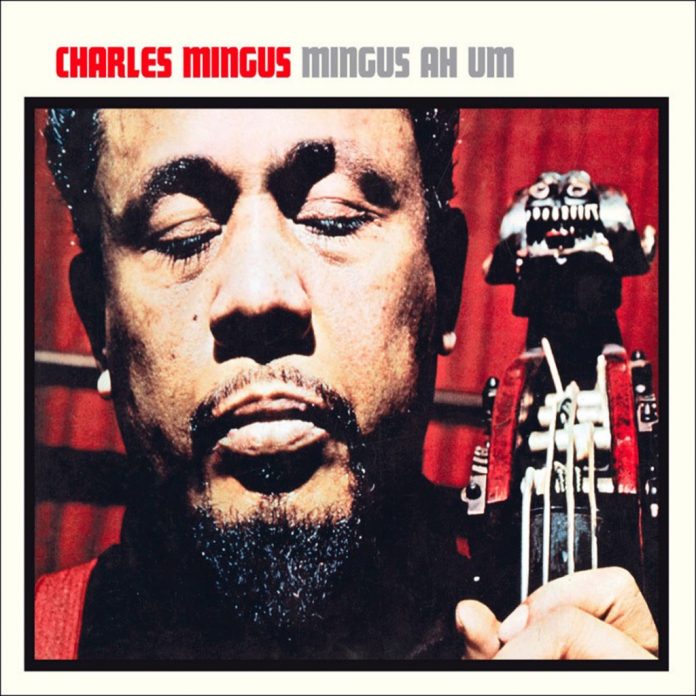 1959 was a great year for fresh, innovative jazz records. Miles’ came up with Kind Of Blue, still the best-selling jazz recording of all time, Coltrane produced Giant Steps, Ornette Coleman recorded The Shape Of Jazz To Come, the first of his ground-breaking Atlantic discs and Dave Brubeck changed the times with Time Out. Then there was this session by Mingus, his first for Columbia Records and what sounded like a summation of his work to that date with his Jazz Workshop experiments.

He had a strong line-up, with regular band members like Parlan, Ervin and Richmond plus ex-sidemen Dennis, Knepper and Curtis Porter. All get good opportunities to blow on this rather wild and woolly programme with Mingus, as usual, directing from the back, playing bass and calling out and moaning. This is highly appropriate indeed on the opening track Better Get It In Your Soul as the band roar through a gospel drenched blues that features Mingus, Parlan and a hollering Booker Ervin on tenor. Richmond too gets a good workout with two brief but well-constructed solo bursts. Goodbye Porkpie Hat is a gentle, loving musical requiem for Lester Young who had died just a short time earlier, with warm tenor from Handy and lyrical Parlan. Boogie Stop Shuffle is a fine, pulsing bop blues where everybody digs in effectively.

Bird Calls is fast, furious and free sounding, as though Mingus had just picked up on what Ornette was doing and decided to try his own version of freedom. The melody is a good one and that too could almost have been one by Coleman. Mingus denied that it was dedicated to Charlie Parker but was merely about birds. It’s back to basics with Fable Of Faustus, a protest against the governor of Arkansas, Orval E. Faubus, and his stand against integration in southern schools in defiance of a Supreme Court ruling. Mingus later wrote lyrics to this which he used on a later record. Pussy Cat Dues is a rather soft-focus loping blues with an attractive Parlan solo. Mingus is featured himself as virtuoso bassist and there are strong contributions from Ervin, Handy, Porter and Richmond throughout.

This release also offers four extra tracks that never appeared on the original LP. Pedal Point Blues and the pop song Girl Of My Dreams are particularly impressive. This complete Ah Um collection is a good example of Mingus and his sidemen at their best.