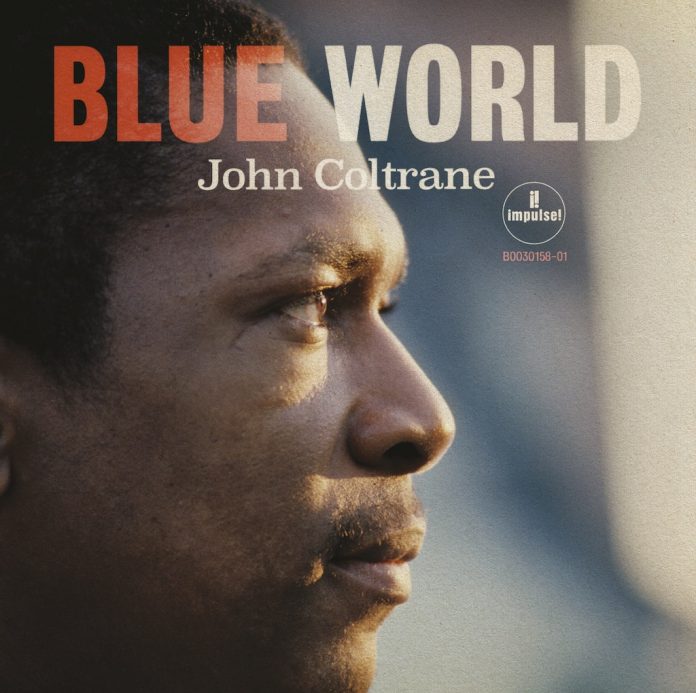 Any new, previously undiscovered Coltrane is something to get excited about and this one is no exception. It was recorded to provide music for Canadian filmmaker Gilles Groulx’s Le Chat Dans Le Sac in Montreal, Canada in 1964. Groulx met up with Coltrane, told him what he wanted and must have made quite an impression as Trane agreed to all except a piece he didn’t have the rights for. Even more unusually, Coltrane agreed to provide new versions of some old music, something he never did, always looking to go forward with new ideas, new music and never look back. Groulx was delighted with the music and used full versions of Naima, Blue World and Village Blues throughout the movie.

While Coltrane is not quite so intense and forceful on these new versions, he does get a rather different slant on the three versions of Village Blues and a rather smoother feel on the two takes of Naima. Garrison’s approach to the insistent bass line is very different to that of Paul Chambers on the Atlantic disc. Like Sonny receives a fairly mainstream reading with variations from Trane in his solo and different bass and piano approaches from Garrison and McCoy Tyner. The most fiercely improvised variations come on Blue World, a variation of Out Of This World where Trane traces a new path of invention without quite the aggressive thrust of the studio version he had just recorded in 1962, and on Traneing In, the 12-minute plain blues he fashioned on Prestige in 1957 where Red Garland played a long intro solo and Trane a refrain in the middle before Garland took it out is here given an intense, explorative reading, more along the lines of Chasin’ The Trane from the Vanguard session. It is much shorter though. Garrison, Tyner and Jones lend their solid support as they always did, and this is the group Trane settled on after getting rid of two perfectly good drummers and two strong bass players. Billy Higgins, Pete LaRoca and Reggie Workman must have wondered what they could possibly have done to displease him along with the unfortunate Steve Davis.

This new programme may not be popular with those who abandoned Coltrane’s earlier stuff as they went along but it will appeal, I think, to thousands of mainstream Coltrane enthusiasts who loved his early music up to his middle-period Atlantics. The LP is presented in 180g vinyl with an Impulse-type cover and notes. The mono original tapes suggest it was made for the movie only and never intended for commercial music release. That perhaps explains the slightly laidback manner in some sections of this music. Not Trane’s greatest perhaps, but interesting and a useful addition to his recorded output.

Elliot Marlow-Stevens - 14 February 2022
The fourth of seven albums recorded by George Duke for German label MPS Records, Feel is an expressive recording, full of jazz and funk experimentation. There are several notable personnel...