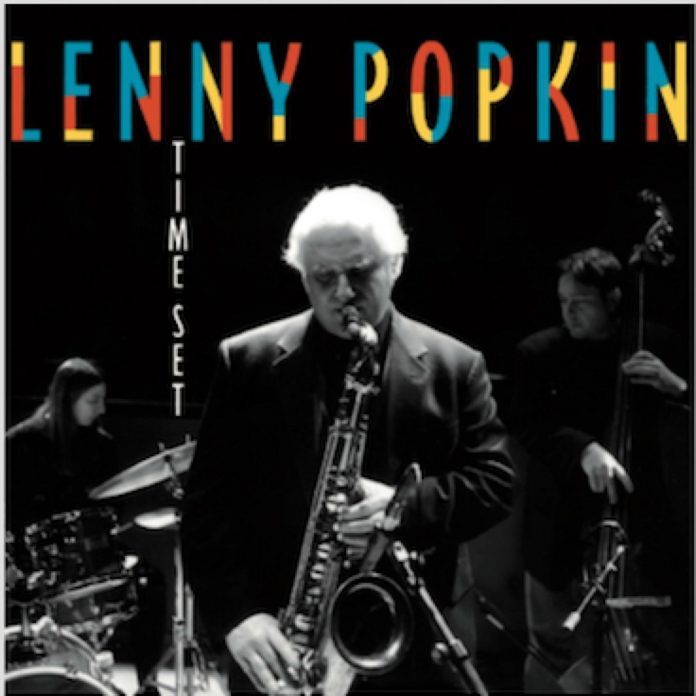 This album was originally issued in 2012 and seems to have reappeared. Although I knew of Lenny Popkin and him studying under Warne Marsh, Lee Konitz and Lennie Tristano, it wasn’t until a friend – the Soho-based Scot Jackie Docherty, a knowledgeable aficionado of jazz – gave me a 1997 trio recording some time ago, that I started to take more notice of the saxophonist.

The first three tracks here are an interesting short series of over-dubbed solos recorded in the 1970s, compositions by classical composers Bach and Ockeghem, which demonstrate Popkin’s approach to harmonic development. These are followed by a “self-composed” improvisation, Circular Logic, from 2000.

For the majority of the album Popkin is joined by Gilles Naturel on bass and drummer Carol Tristano (daughter of the pianist and who moved to Paris with Popkin around 2005). A cohesive working unit, improvising around each other, they create a relaxed atmosphere whilst maintaining a close structure, moving in and out easily.

Popkin favours the upper register of the tenor, with a certain purity, but never austere – he often has a warm, softened tone. He can be delicate, bordering on fragility, then in a flash, assertive, commanding and giving direction, all set in time. His long, airy lines are accompanied by a strong flexible pulse of bass and drums, and there is a great fluency, noticeable on Play, recognisably based on These Foolish Things. Time Set is more uptempo, Tristano’s snare and brushwork giving an urgency behind Popkin’s melodically inventive tenor, whilst Salon is a slow blues, Popkin’s luscious velvet sound accompanied by walking bass and unassuming but supportive drums.

An enjoyable listen, with much to recommend it – there are moments when it is trio interplay of the highest order.