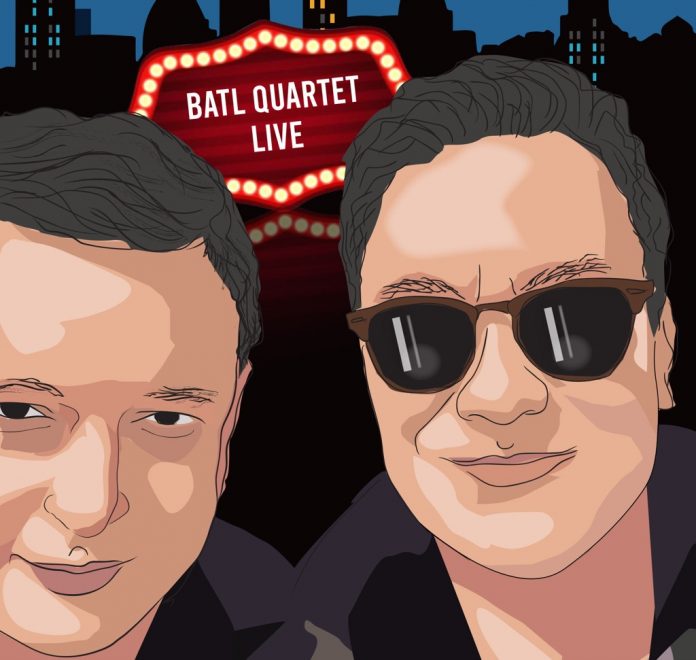 The band’s name is derived from the initials of its co-leaders, Brandon Allen and Tim Lapthorne. Although it’s a relatively new formation the pair have collaborated in various settings for almost 18 years now but have never recorded together before. As it happened, a live performance of the quartet was recorded at London’s Pizza Express and because it went so well they decided to release it as an album. Hence the title Live.

All the numbers are originals – six penned by Allen and two by Lapthorne – with a repertoire inpired by John Coltrane, Stan Getz, Wayne Shorter, swing, Latin and contemporary jazz.

The contemporary-sounding Gone But Not Forgotten is dedicated by Allen to the late Australian pianist, Graham Wood. Lazy Day has a great swing-era melody with an extended piano solo, a marching drum background and Allen stretching out on tenor in rich Gene Ammons style. Lapthorne’s Return To Life has a buoyant Latin feel with powerful tenor sax and bass soloing. The Ellington-inspired Cuckoo is a slow-burning ballad with melting piano, mellow sax, lyrical bass and delicate brushwork from Haines. Running Away With Me is intense and energetic with Getz-style sax and a potent drum solo. Theodore, written for Allen’s baby son, is a relaxed, mid-tempo number with a great melody. A Little Love Song has flavours of Weather Report and features eloquent sax, piano and bass solos. Frack The Right expresses Allen’s concerns about environmental degradation and the current political climate. It’s a stirring band performance with driving percussion and a frenetic sax solo that builds over 14 minutes to an electrifying climax.

Every track on this album is top quality. The spontaneity and accomplished interplay of each artist is integral to its success. Allen’s signature hard-bop tenor sound is occasionally tempered with a tender touch and Lapthorne’s creative piano playing is vibrant and imaginative. Somogyi is both sensitive and commanding on bass and Haines’s drum work is absolutely sparkling throughout.