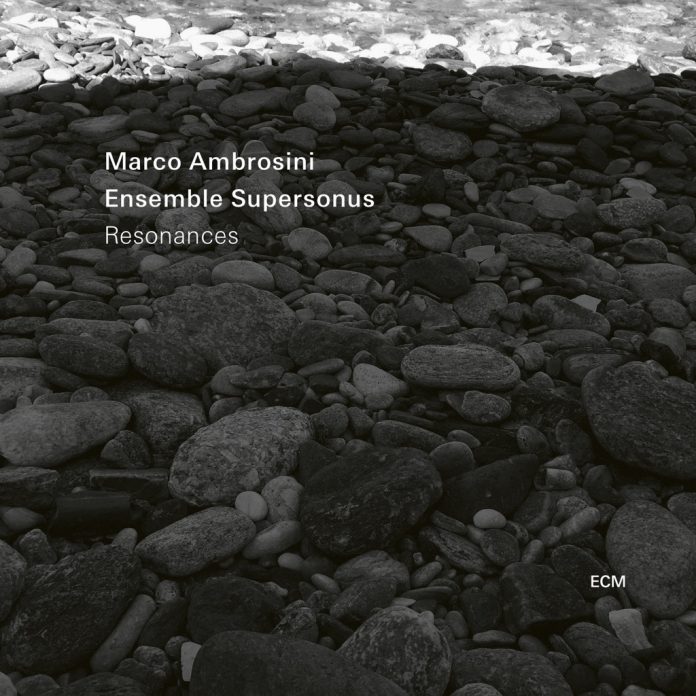 Not for the first time with an ECM album, some help might be needed to identify the various instruments. The leader’s nyckelharpa is a traditional Swedish keyed fiddle with four main strings, 12 resonance strings that resonate with the main strings, and a keyboard with three rows of keys attached to the neck. The player bows with one hand and uses the other hand to play the keys that adjust the main strings’ pitch.

Anna–Liisa Eller’s kannel is an Estonian plucked string instrument that looks rather like a zither. Eva-Maria Rusche’s square piano is self-explanatory, the horizontal strings arranged diagonally across the case above the hammers at a sharp angle to the keyboard.

As for Wolf Janscha’s Jew’s harp, the OED is categoric that in Britain and other English-speaking countries it gets its name from the fact that the instrument – basically a mouth harp with a flexible metal or bamboo reed attached to a frame – was sold or imported into England by Jews or was attributed to them. Similar instruments are common in many other musical traditions around the world, all with their own distinct names.

Played together with the more recognisable harp and harpsichord, this combination of instruments will guarantee a new sonic experience for most listeners. They are heard best on the traditional fugues, sonatas, and toccatas from Heinrich Biber, Hildegard von Bingen, Johann Jakob Froberger, and Girolamo Frescobaldi that run throughout this set, as well as on the atmospheric Swedish traditional Polska, their period intonations bringing to life these age-old pieces. Surprisingly, they also work well on Rusche’s modernist Erimal Nopu, combined here with Hefele’s extraordinary overtone singing.

However, where to my ears things go astray is where the Jew’s harp – as offensive in name as it is in sound – comes to the fore, notably on Janscha’s own Ananda Rasa, its irritating whine a distraction from the delights of the melody behind. On Hicaz Hümâyun Saz Semâisi, it positively repels against the haunting nyckelharpa theme, elsewhere sounding oddly like an out of place digeridoo. Indeed, it only really comes into its own in the duo with Hefele on her own 2 Four 8, an otherworldly example of overtone singing in which the Jew’s harp sets up an interesting sonic contrast.

That major complaint aside, there is a considerable charm to this set of what are basically chamber pieces, all played with a relaxed approach that leans towards the lightness of folk music. For the interesting instrumentation alone, this set is well worth listening to.