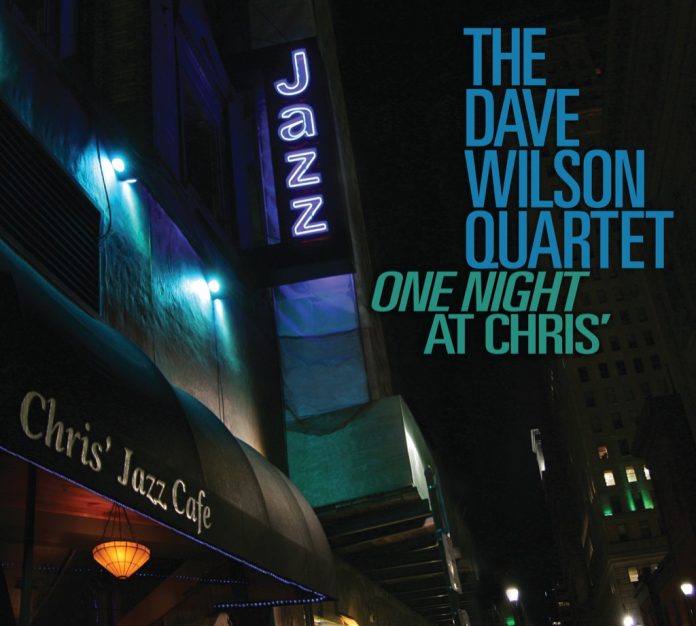 This is tenor saxophonist Dave Wilson’s fifth album as leader and his first live recording. By Wilson’s own admission “It was a good night”.

Born in New York, Wilson now resides in the Central Philadelphia area were he plays, composes and educates. Early influences were Coltrane and Dexter Gordon but he confesses to be a big fan of rock’s original jam band, the Grateful Dead.

Whilst happy to play original material (Ocean Blues, Moving On And Spiral) and some classics (Gershwin’s Summertime) Wilson is not afraid to tackle some of the more complex modern pop classics like McCartney’s Norwegian Wood and Brian Wilson’s God Only Knows, which he carries off with surprising originality and style.

Wilson is well supported by some talented musicians who play intuitively, spontaneously and cohesively. But above all the album swings. Wilson’s saxophone style is particularly well suited to “live” music and overall the album has a great feel-good factor. This would have been one great night of music to enjoy had you been lucky enough to be there. It has energy and burn, which is what you get with good live music – no overdubs and no second takes.

I enjoyed this album a lot and it could be a serious contender for inclusion in my end of year critics’ top 10. At nearly 75 minutes long it is also great value for a single CD. I certainly intend to check out Dave Wilson’s earlier material.

Yelena Eckemoff: Adventures Of The Wildflower