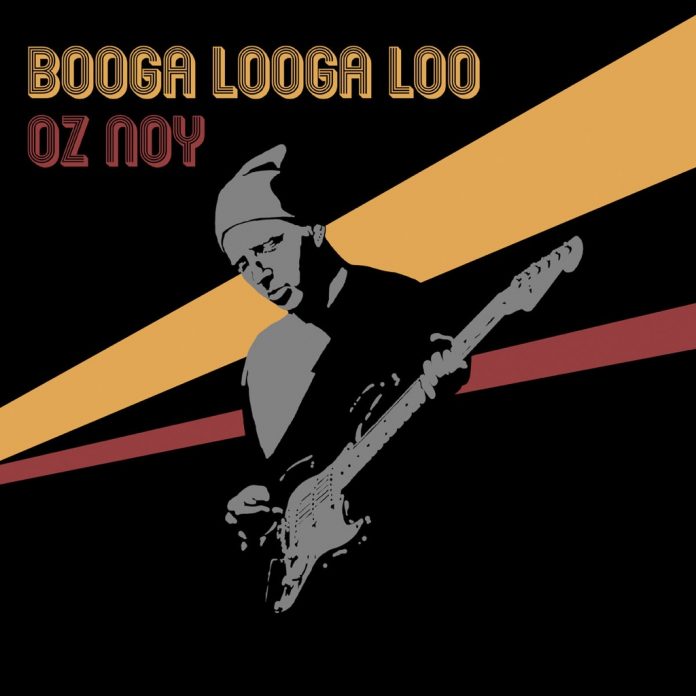 One of the most original and revered guitar players to emerge from the New York City scene in recent years, Israel-born Oz Noy fuses funk, rock, bop and the blues to fine effect. Typically time-stretched, looped, distorted or delayed, his style and sound could be defined by the title of his 2011 album, Twisted Blues. But through the eight tracks on this, his 10th solo album, his axe is mostly clean of gizmos or fancy FX, throwing more light on his unique technique and raw, gutsy feel.

The set opens with Boogaloo Fever and features veteran session bassist Will Lee and drummer Steve Ferrone holding down a solid bossa groove oozing with sludgy organ and wild, breezy flute. With the liquidy tone of Noy’s Telecaster smoking in the mix, there is an instant nod to Lee Morgan and his 60s Sidewinder hit here, and also on the title track, which hears another dream rhythm team of drummer Vinnie Colaiuta and bassist John Patitucci, plus pianist Kevin Hays, dancing over a similarly funky figure.

Through the brilliant Chocolate Soufflé Noy’s fretwork is more loose and daringly laidback, with a lazy shuffle feel laid out by Colaiuta and Patitucci sounding stretched – to the point of disunited – underneath. After a strong, melodic electric bass solo from Patitucci here, Noy’s solo also resonates, and is proof his most sluggish playing is often his best. Blues-driven, you can hear his high-end lines soar through Monk’s Bemsha Swing and the string-laden A Soul Thang before a rock-a-billy style boogie through the Ray Charles hit I Got A Woman flicks back on the heat, horns and more high-whistling Hammond.

While, with Noy’s previous records, there’s often an underlying theme or lean to a particular genre, it’s fair to say Booga Looga Loo is more a splat of styles than the “boogaloo record” he’s been pitching to the press. But it works as an album, and stands up as maybe his strongest yet. Sealing this approval is a stunning arrangement of Brian Wilson’s God Only Knows which Noy slides through on Strat, conjuring a kind of Hawaiian twang over organ, cello and violin and minimal bass and brushes.

It’s the perfect cool offcut and, after a hip flip through 30 minutes of funk, boogaloo blues and some rock-a-billied R&B, it’s the only track to prepare you for the album’s closer, a bash at the Beatles’ Eight Days A Week with Will Lee belting out his best bluesy vocal.

Derek Ansell - 29 March 2019
Drummer Levey surrounded himself with some of California’s finest for his leader album on Bethlehem. The opening track "Yesterdays" is a feature piece for Frank Rosolino who takes full...