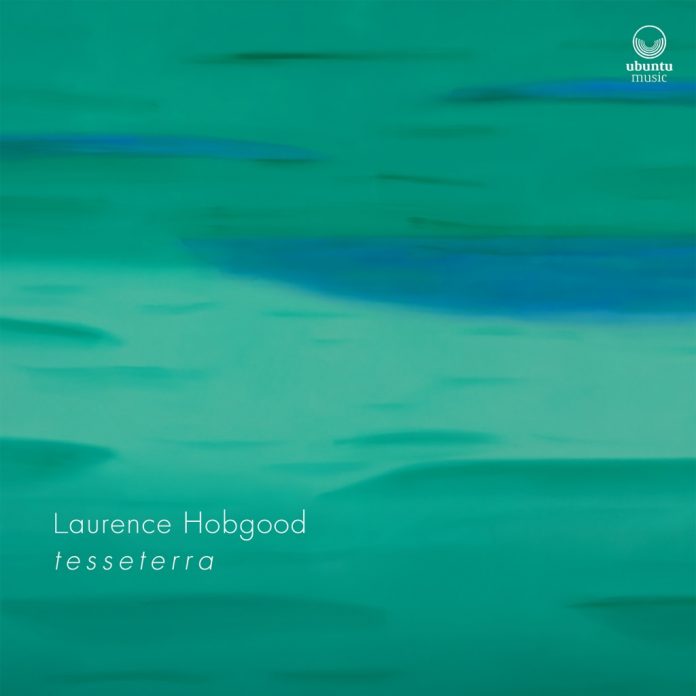 Perhaps best known as a musical director, co-producer and accompanist to vocalist Kurt Elling, fellow Chicagoan Laurence Hobgood has an impressive list of recordings under his own name, including Honor Thy Fathers (2015).

“Tesseterra,” a word he coined, is meant to conjoin a jazz piano trio with a classic string quartet, producing, in his own words “a sound whose composure is compositionally intricate but aesthetically beguiling”. This objective is put to the test with re-workings of such “classic” and “popular” compositions and performances as Jimmy Webb‘s Wichita Lineman, Paul McCartney’s Blackbird, Crosby Stills and Nash’s Suite: Judy Blue Eyes, and Ray Charles’s Georgia On My Mind, and the civil rights anthem We Shall Overcome.

In a stilted liner note, American poet Robert Pinsky says of the “hybrid” nature of the enterprise that: “The useful invented word Tesseterra combines the earth, solid and fertile, with the airy texture of cloth or living tissue” and claims that “the interplay of opposites, unexpected yet harmonious couplings, give the music its richly layered, memorable and supremely listenable life”.

Some listeners might question this gnomic assertion, as well as Hobgood’s claim that “to me [this] is a jazz record”, or what he also calls ”third stream nouveau”. To these ears, the string quartet (“ETHEL”) add little if anything, to the proceedings. More of Hobgood’s sensitive piano and less of the quartet’s bowings and scrapings would have resulted in a less mannered and self-conscious album.

But not everything is “cross-over” pap. All Of You (Cole Porter) receives an up-beat and “integrated” treatment, and is the best track on the album, while Georgia is suitably reflective and plangent. However, We Shall Overcome gets off to a laborious start, followed by an inappropriately delicate piano solo. It was (and remains) a defiant rejection of racism. Despite the best of announced intentions, Tesseterra takes itself a bit too seriously for its own good.