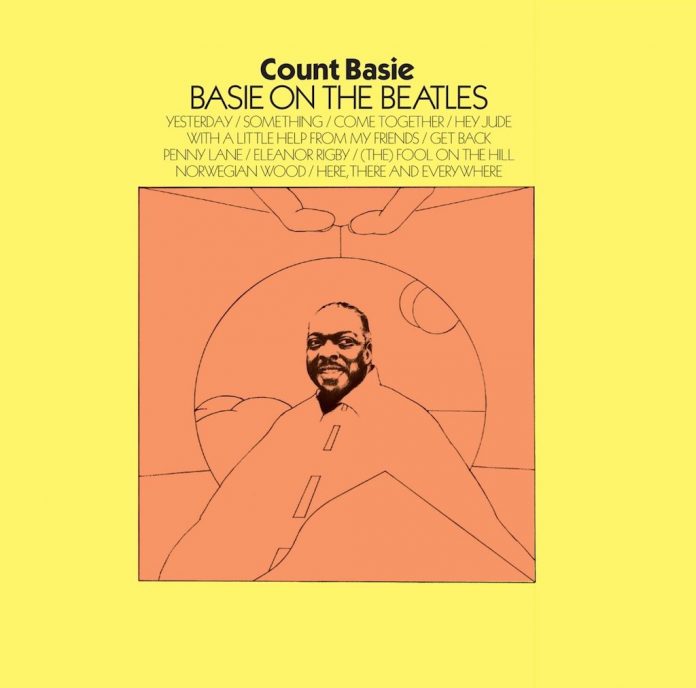 This was Count Basie’s second riffle through the Beatles songbook, the first, Basie’s Beatles Bag, having been released in 1966. Perhaps ironically, the only Beatle not to pen any of the songs Basie covers here contributed a thank-you note: “We’re all delighted to see the barriers down between music makers”, reflects Ringo on the back cover of this set.

Translating pop into jazz is that much easier when dealing with pop of the highest calibre, as Basie was here. The higher-tempo tracks like “Penny Lane” lend themselves more readily to the all-guns-blazing big-band sound, though, than introspective songs like “Here, There and Everywhere”, which becomes extra schmaltzy with the addition of swooning saxophones and Hammond organ.

Two Beatles hits included here feature the theme of social isolation – “Eleanor Rigby” and “Fool on the Hill” – but you’d never know it from these versions. “Fool” puts the listener more in mind of a stroll down a sunny lane, with Bobby Plater feathering his flute carelessly over the melody line like a bird flitting from tree to tree. “Norwegian Wood”, that wry, fatalistic folk tune, becomes a strident, rollicking, brassy affair in Basie’s hands.

Unusually, the 2018 liner notes for the set focus entirely on the career of the arranger, Bob Florence, rather than Basie or the Beatles as might be expected. The set also includes the Basie LP One More Time, made up of Quincy Jones compositions, as a bonus album.