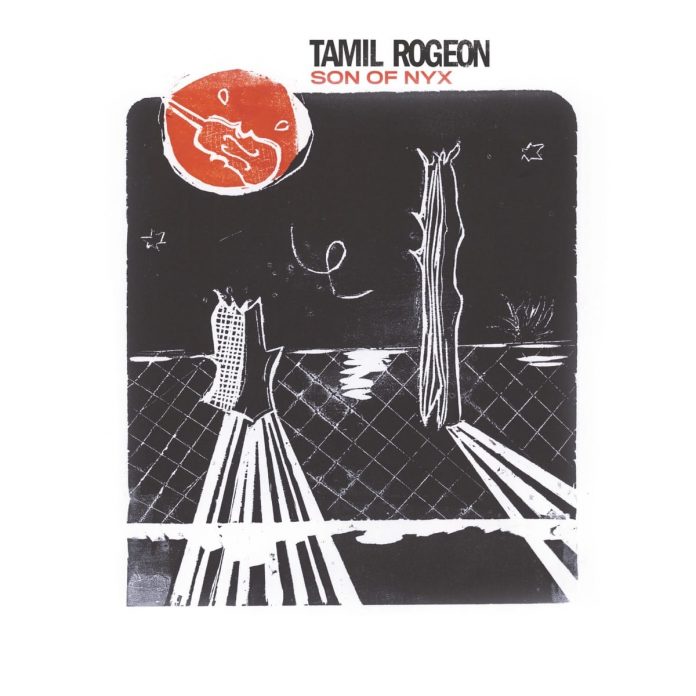 In his career so far, Tamil Rogeon has composed music for acclaimed film and television, conducted the Melbourne Symphony Orchestra, and has had orchestral work premiered at the Melbourne International Arts Festival. On his latest project, Son Of Nyx, Rogeon employs a rich ensemble, and offers a selection of tracks in the vein of modern jazz rather than orchestral music.

The first track, House No Wheels, invokes a particularly fusion-esque atmosphere, with the traditional piano, double bass and drum trio opening the track, but quickly being joined by glistening synthesizer melody and then Rogeon’s delicate viola. As the piece progresses, the instruments continue to weave around each other before suddenly dropping away for a drum solo from Danny Fischer, followed by piano improvisation as the band rejoins to close the song.

The second track, Bad Sandals, is less in the jazz style and instead calls to mind the compositions of Henry Mancini, with light percussion and piano, a drawn out string melody, and distant, lyricless vocals. However, there is an excellent modern twist to the song, as after Rogeon improvises expertly, and melody is recapitulated, the vocals grow in intensity and a synth solo takes the track to an enormous crescendo.

The mixture of instruments on the album is excellent, as Rogeon manages to create striking moments in the tension between them, such as the string and synthesizer chords on Banished. The lyric-less vocals create rich harmonic depth, especially on the fourth and fifth tracks, in which their chorus lifts the simple melody that it underpins. Rogeon certainly takes cues from the jazz world, perhaps more than anything else, but the variation on the album should make it appealing to a range of listeners.