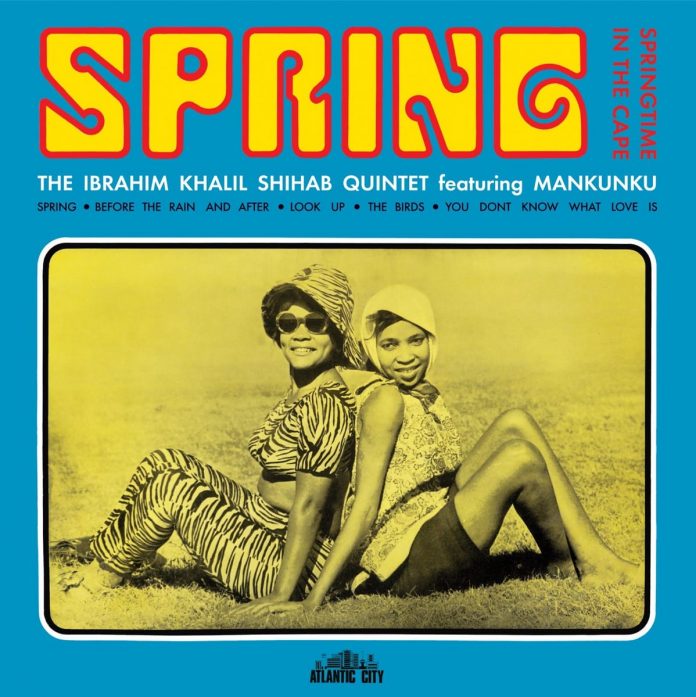 Originally issued in South Africa on Atlantic City (AYL1001) in 1969, this was an extremely rare record, out of print for years, and considered a real find in the specialist shops. The original tapes were destroyed, but the material resurfaced briefly on the reissue of Winston Ngozi’s album Yakhal’Inkomo in 1996, and all credit to Matsuli Music for resurrecting it now.

Formerly known as Chris Schilder, Shihab played in the clubs around District Six, taking his Islamic name after his conversion in 1975. This was his debut album, clearly influenced by the music of the first wave of South African modern jazz – the Jazz Epistles, the Blue Notes and others – but more by what the musicians had learned from Americans – in saxophonist Winston Mankunku Ngozi’s case, Coltrane in particular. This seems to be the starting point rather than an extension of the distinctive hybrid that someone like Abdullah Ibrahim had constructed, using music closer to traditional African roots.

However, the opening number, Spring, shares the similarly characteristic rocking bass line and the repetitive and percussive style of piano, blocked chords a feature, before Shahib extends it into fluent linear runs in his solo. The rhythmic, rolling piano, with the steady swing and cymbal tick from drummer Gilbert Matthews, forms a platform over which Mankunku’s rich and attractive tenor soars, using occasional trills and punctuated by an explosive interruption here and there.

Before The Rain And After is a buoyant, optimistic up-tempo waltz and an opportunity for piano and guitar solos; the number is very much guided by the guitar of Garry Kriel. Look Up continues with this more straightforward jazz template, utilising Matthews’ forthright swinging approach.

A bass drone forms the bedrock for The Birds, reminiscent of Coltrane’s Crescent, where the introduction is drawn into a measured blues, driven by a strong bass line by Phillip Schilder. At several points, Mankunku threatens to take it “out”, but relents and keeps it within the melodic framework. After his expressive piano solo, Shahib pulls it back into the coda, mirroring the start.

The album ends with the ballad You Don’t Know What Love Is, a showpiece for the evocative, almost plaintive sound of the saxophonist, whilst Shahib’s left-hand chords are matched by sensitive cascading runs on the higher notes.

Although the leader apparently had misgivings about the end product, the recording session being rushed and him not being able to iron out some flaws, it still holds up as being an impressive piece of work and well worth getting hold of.