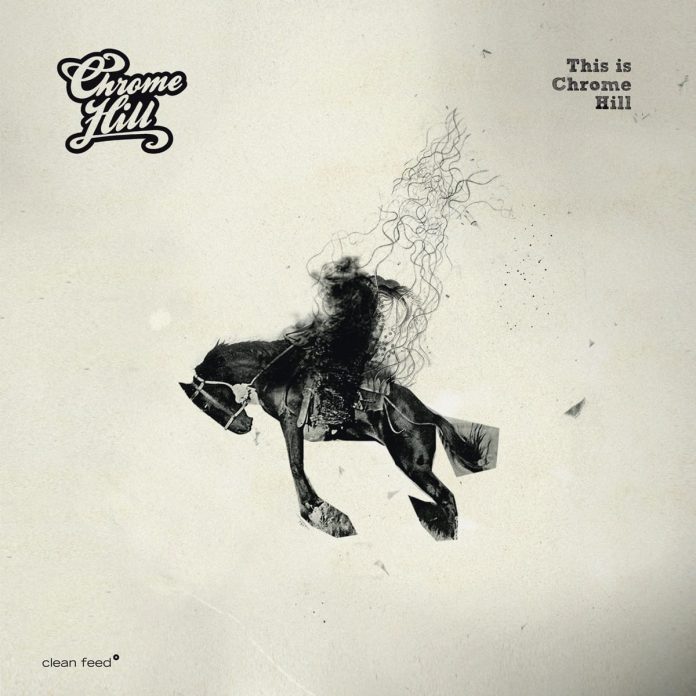 Assuming the genre label “Scandinavian jazz rock noir”, the album sets out to explore a gamut of moods ranging from Appalachian folk music, Delta blues and “cowboy rock” to Japanese musical influences and cinematic themes, often dark in nature to match the equally dark year just passed. This is all conceived – with varying degrees of success – within a jazz framework, which also features a degree of experimentation similar to that found on Lofthus’s previous Charmstone project.

The opening Clockwork moves at a funereal pace, with lonely horns punctuating a faltering drum-and-bass pattern, giving way to stumbling drum fills and Lerheim’s stinging, discordant electric guitar, while Limbo finds Lofthus and Arntzen laying down a lively rhythm, providing the perfect landscape for Nymo’s fluid sax work and some incisive, understated guitar punches. Ascend is a belter, the drums and bass resembling a machine running at overload as Lerheim indulges in some breakneck guitar, and Interlude returns to the slow approach of the opener, but with greater delicacy as evidenced by Lerheim’s resonant guitar sounds (think Chris Izaak or Ennio Morricone).

The experimental, introspective 10-4 sees guitar and sax fencing over doomy underlying bass, rising to a discordant crescendo; Particle adopts a chaotic approach as a busy, tortured horn does battle with random frenetic drum fills; and Within returns to the twanging “cowboy rock” sound, tremolo guitar and sax moving forward together gracefully as Lofthus gets lively behind the skins before allowing Arntzen to shine on a bass solo. The closing Light once again takes a Western theme, adopting a slow pace overlaid with an echoing, optimistic guitar part that builds to power-ballad proportions before breaking for some nice bow work from Arntzen, with understated bass clarinet inserted subtly into the mix.

There is experimentation here, but there is also form and structure. Some listeners may have difficulty hearing Appalachia or the Mississippi Delta, but the cinematic sounds of Morricone and the twang of mainstream country music are definitely present, as is the Japanese influence. In short, This Is Chrome Hill presents an esoteric mixture of styles drawn from a diversity of sources, allowing for avant garde innovation within a recognised jazz framework. Solid stuff.

John White - 18 May 2020
With jazz – lite and trite, near and drear, pretentious and tendentious - seemingly on the increase, the reissue of five “classic” Parker Verve albums (even in truncated form)...

Shabaka And The Ancestors: We Are Sent Here By History