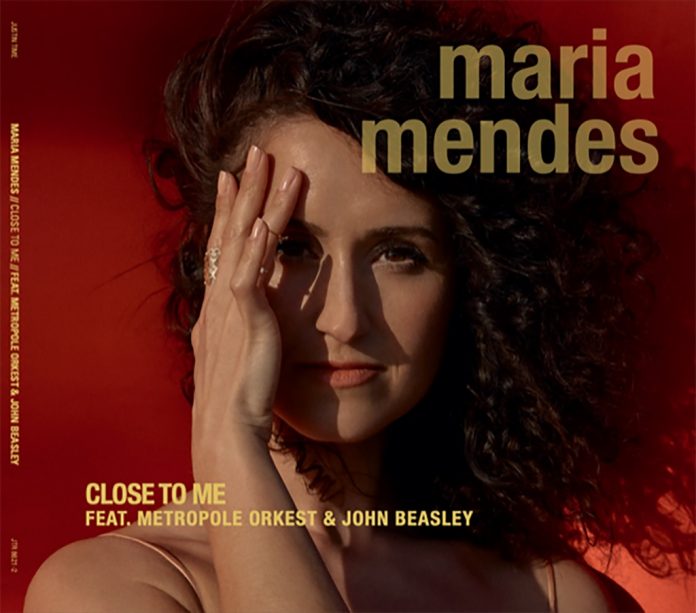 Dutch-based Portuguese singer-songwriter Maria Mendes has come up with an inspired concept for her third album: a symphonic jazz approach to fado, the mournful folk music that emerged in Lisbon in the early 19th century. Drawing from the repertoire of fado greats such as Carlos Paredes and Amália Rodrigues, Mendes has also contributed some original songs that combine a jazz sensibility with her affection for all things Iberian.

Fado music usually involves a declamatory singer accompanied by just guitar and double bass – but Justin Time pushed the boat out to realise Mendes’ musical experiment. First they brought in the mighty Metropole Orkest, a chamber line-up of 30 musicians to turbo charge her regular small-group sound on some of the numbers. The Dutch “pops” orchestra, which is currently helmed by young British chief conductor Jules Buckley, relishes an assignment like this and it shows.

To seal the deal they hired the renowned American arranger and composer John Beasley, who also produced the album, to write the orchestrations and play keys on that half of the programme. Beasley, whose jazz palmares include the mighty Monk’estra, likes a big canvas to work with and was an inspired choice.

Sensibly, Mendes’ pipes are kept centre stage across the programme, however. She has a gorgeous voice with diction to die for. The soaring wordless harmonies and top lines are simply thrilling against Beasley’s sumptuous and kaleidoscopic arrangements. Even the small-group settings seem to benefit from the charge that’s been generated by the Orkestra, Mendes’ vocals hanging in the loaded atmosphere.

Click here for information on how to buy Maria Mendes: Close To Me

Derek Ansell - 29 March 2019
Culled from half a dozen previous CDs, this issue focuses on Nicola Farnon the composer. Her ability as a vocalist and double bass player are well known from the...