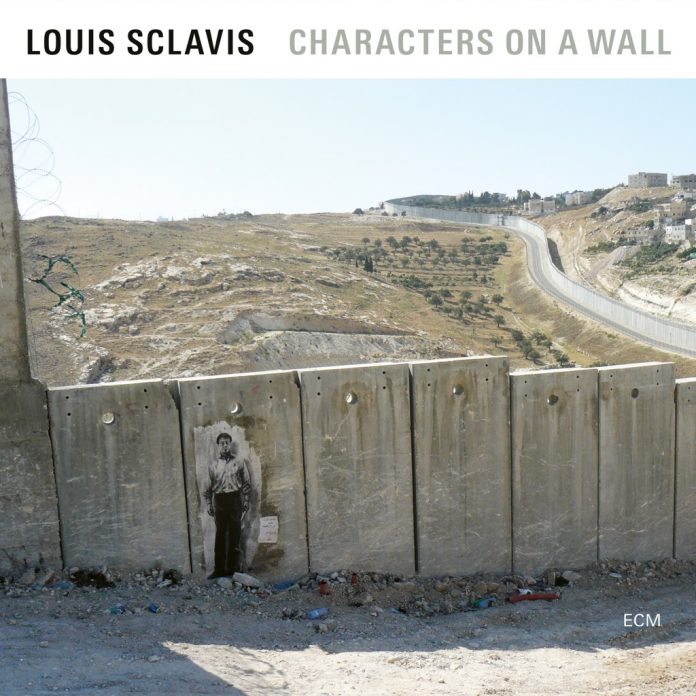 In this album, Sclavis continues in his interpretation of and drawing inspiration from other art forms and other artists. This time the source of the music is artist, draughtsman and pioneer of urban art Ernest Pignon-Ernest, who describes himself as a Fluxus (art performances which emphasise the artistic process over the finished product) and a Situationist (an organisation of social revolutionaries made up of avant-garde artists, intellectuals and political theorists). This is not the first time Sclavis has written pieces that are connected with Ernest-Pignon. His album Napoli Walls (ECM 1857) was a project dedicated to his collages in Naples. This time Sclavis wanted to “compose pieces inspired by several of his interventions from the 1970s to nowadays”.

Whilst this may seem a tad heavy and intellectual, the end result is remarkably accessible. Even Sclavis accepts that this work is different from Napoli Walls partly due to the fact that 15 years ago, Sclavis’s music was mainly improvised and featured electronic, synthetic sounds. Sclavis concludes that this disc is much more “jazz” in its make up and sense of interplay. Certainly, his musicians do conform to the traditional jazz line-up of reeds, piano, bass and drums.

Sclavis starts each time with one of Ernest-Pignon’s installations but goes from there with his own thoughts and imagination. L’heure Pasolini and Darwich Dans La Ville, the two compositions that start and finish the disc, are typical of the way Sclavis draws inspiration from the Ernest-Pignon’s images. “Ernest’s work speaks to me very directly. When I look at his images, I don’t have to search for long – ideas come to me very quickly”.

If you are familiar with Sclavis’s work then this album will hold no surprises – other than the fact it is, to my mind, more accessible than previous outings. If you are unfamiliar with Sclavis’s work then you will have to think of an eclectic mix of musical styles including John Barry (cinematic music), Jan Garbarek (reeds) and Claude Debussy (classical) and many others. The inspiration for each piece ranges from the dark (Prison), the spiritual (Extases), the political (Darwich Dans La Ville) to the poetic (L’Heure Pasolini).

The album is certainly not a musical soundtrack or a simple illustration in sound. It requires some concerted listening and maybe some understanding of the work of Pignon-Ernest to fully appreciate the journey taken by Sclavis. The musicianship is exquisite with all musicians adding something quite extraordinary to the mix. All the compositions are imaginative and emotionally engaging. Sclavis’s clarinet playing is soulful, thoughtful and delicate, as you would expect from such an accomplished musician. This is not an album I would ordinarily have added to my collection, but I am very pleased to have made it’s acquaintance.

Ronald Atkins - 12 November 2019
The album’s title is slightly misleading. Four of the tunes (Locomotive being played twice, the second a brief saxophone-guitar duet) are by Thelonious Monk but only two, Naima and...