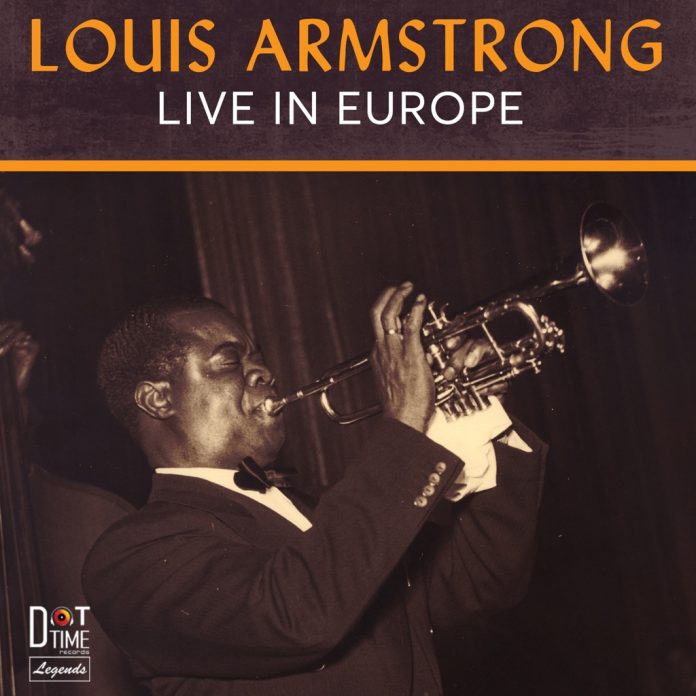 These recordings were plucked from the archives of the Louis Armstrong House Museum and it is claimed in the accompanying press release “This is the first time this music has ever been made commercially available”. So the first question is whether they add anything of note to the sizeable Armstrong discography and the answer is not really.

The first nine tracks finds the most stellar of All Stars line-ups performing at the inaugural Nice International Jazz Festival, covering a repertoire of solid old warhorses that would become staples in the group’s book over the next few years, Louis sounding a little tentative on the opening Muskrat Ramble but warming to his task more readily as the two days of recording progressed.

There is nothing of particular note spread over these European concerts (unless you single out a horrible fluff from the leader on Tin Roof Blues) and if anyone is wondering about Bob McCracken’s inclusion on the broadcast from Berlin, it should be noted that he substituted for Barney Bigard on what became a ’52 into ’53 sojourn for the band.

There are a couple of annoying typos in the track listing on the outer casing and the sound quality hardly falls into the hi-fi area, so consequently this release will probably only have an appeal for Armstrong completists – if there any of you still out there.

Bruce Crowther - 30 April 2020
Session musicians are the unsung heroes of the music and film and television industries. Many of the thousands of classic recordings of the past half century owe much to...