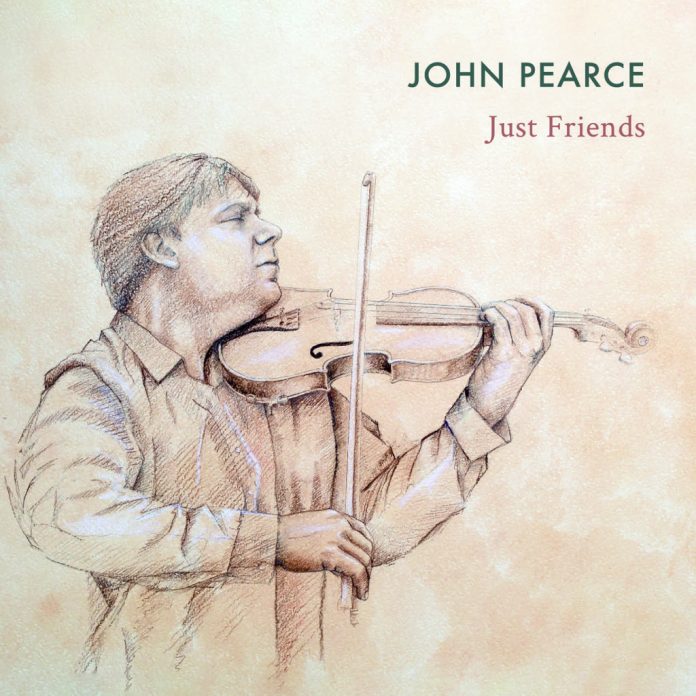 It is a truism to state that, although not unheard of, violinists in the jazz world are a comparatively rare breed. While it’s possible to reel off the names of a myriad of saxophonists it’s not quite so easy with violinists. The names that most frequently spring to mind are the early protagonists of that art, including Stuff Smith, Joe Venuti and of course, that doyen of jazz violin, Stéphane Grappelli. Of the modernists, the list would surely include the likes of Jean-Luc Ponty, Didier Lockwood, Don “Sugarcane” Harris and Regina Carter. So a new album of jazz violin is always a very welcome prospect.

John Pearce was classically trained at the Royal Academy of Music where he studied under György Pauk. He also studied with Béla Katona and Nic Fallowfield. His debut jazz album features three seasoned accompanists led by pianist David Newton who’s worked with Buddy DeFranco, Alan Barnes, Martin Taylor and Carol Kidd, amongst others.

This is not the first time that a classically trained violinist has branched out into jazz. Nigel Kennedy has recorded several album of this ilk including Nigel Kennedy Plays Jazz (Chandos, 1984); Blue Note Sessions (Blue Note, 2006) and Kennedy Meets Gershwin (Warner, 2018). Even the great Yehudi Menuhin has recorded various jazz albums with Grappelli. But these classical to jazz virtuosi have all focused on jazz standards and Just Friends is no exception. Whether this common trait is a mark of respect to the Great American Songbook or merely that these musicians are “paying their dues” is up for discussion. Whatever, here we are treated to 10 mainly well-known tracks (and all but one are pre-60s compositions) which offer ample opportunity for Pearce to test his jazz mettle.

Whilst Pearce’s classical background is apparent at times with a slight tendency to overuse vibrato, especially on the slower numbers (a very difficult thing for violinists to avoid), his jazz chops and facility for inventiveness are laudable. Alice In Wonderland is a little stiff at the start but the mood eventually relaxes. Conversely, the treatment of Victor Young’s My Foolish Heart is magnificent in its sensitivity.

Pearce can swing too, as heard on the Latin-esque version of Caravan and the breakneck Lester Leaps In clearly demonstrates that Pearce can lay down lightning-paced extemporisation with the best of them.

Barry Witherden - 22 June 2022
Like Blue Notes For Mongezi (reviewed separately with background information about the band) this CD was previously available as part of Blue Notes: The Ogun Collection, a set that...