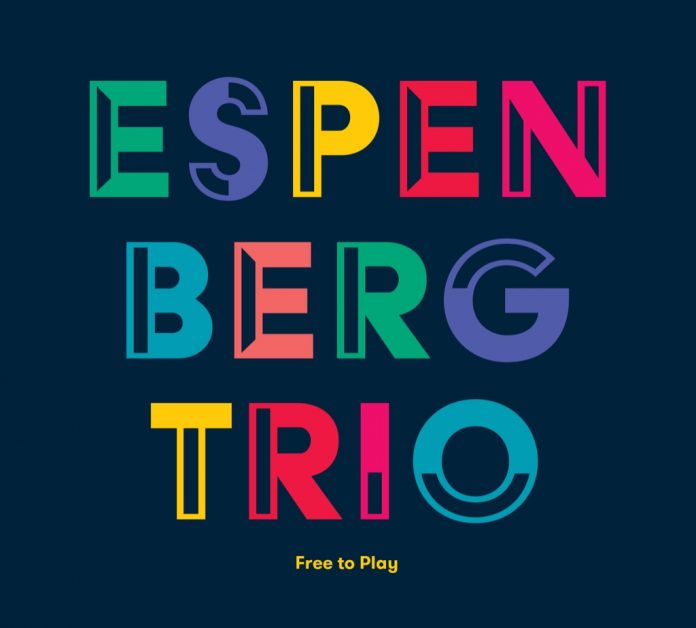 Big in Japan but yet to really dominate Europe, EBT are one of the better piano-led trios to pick up that heavy baton relinquished by the late Esbjörn Svensson. Berg comes with quite a pedigree, and when not lecturing at NTNU (where he is an assistant professor), the 36-year-old Norwegian loans his considerable talents to the Trondheim Jazz Orchestra, Seamus Blake’s Bridges quintet, Per Jørgensen and his other trio Listen, which he co-founded with Daniel Herskedal and Bendik Giske.

Berg’s knack for assimilating his influences without the slightest whiff of artifice is quite masterly, and on Free To Play the trio certainly touch a lot of bases. Monolitt, rubato and crepuscular, brings to mind the tiny gamelan inspired sound worlds of Cage’s great works for prepared piano. Functioning as both a palette cleanser and a gateway into the main event, it’s a brilliant opening.

Skrivarneset, named after a resort in Norway’s remote Nordland area, is a stark yet elegant through-composition and it is illuminated by an an unexpectedly swinging solo flight from Berg. Kestrel explodes with the superhuman rhythmic complexity of Kit Downes’s Enemy, a knotty and perfectly programmed interlude that clears the air before the melodious balladry of Camillas Song, where the lyrical Poulsen really shines.

Given the component parts of its portmanteau title, it seems apt that the garrulous and very uplifting Gossipel should be propelled by Albertsen’s fiendishly complex variation on a down home groove. The disquieting Episk-Aggresiv Syndrom oscillates dramatically between explosive expression and hesitance, and there is something about the tight unisons of the shapeshifting ’Oumuamua and the wild rhythmic exuberance of Meanwhile In Armenia which recalls Phronesis at their best. The closing Furubergetby contrast takes us back full circle to the contemplative rumination of the opener. Ending abruptly with a hanging and unresolved phrase, the ambiguity might be vexing were it not so in character.

EBT are rapidly becoming an important new voice in a crowded field of post-E.S.T. trios, and while their two preceding albums have much to recommend them, on Free To Play the trio have really hit their creative stride.

Wif Stenger - 26 July 2021
Jazz and the US Navy have been entwined since 1917, when John Philip Sousa founded the first Navy Jazz Band. Four years later, another navy group was the first...