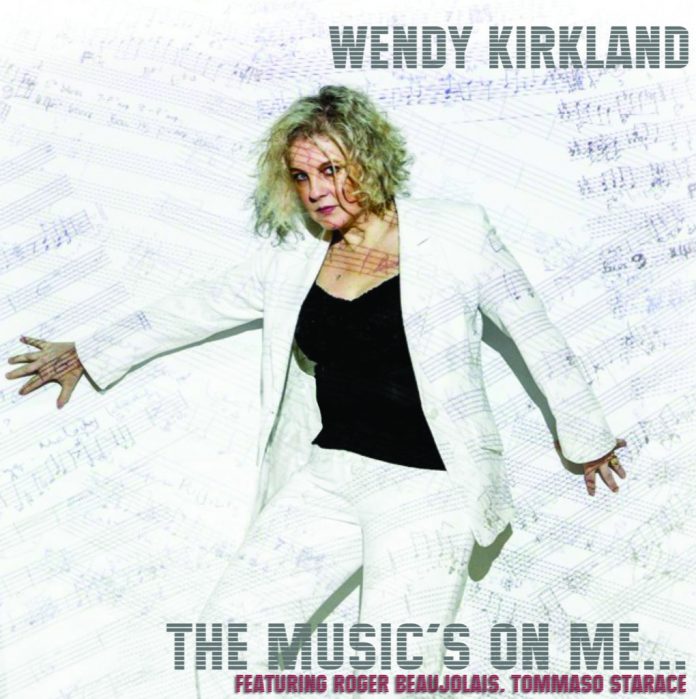 There’s never a featureless moment on Wendy Kirkland’s follow-up to her acclaimed 2017 album Piano Divas, on which she paid homage to the women of jazz but specifically to the singers among them. Here, she and her band move on, inspired by taking the divas on a triumphant tour last year.

If the listener weren’t aware of what the difference is in jazz between “singer-pianist” and “pianist-singer”, Kirkland’s counterpoise on this fine new album would illustrate it. She’s not one at the expense of the other or even that third variation, the singer who accompanies herself. She’s a jazz pianist and she’s a jazz singer, and she does both with feeling and flair.

This time, her role is quadruple. She’s not only written compelling words to three jazz tunes by Don Grolnick, Michel Petrucciani and Russell Malone but also co-penned lyrics to Wes Montgomery’s West Coast Blues with her guitarist husband, Pat Sprakes. Together they’ve also written three of the 11 numbers. Moreover, her quartet, with vibraphonist Roger Beaujolais and alto saxophonist Tommaso Starace guesting at exactly the right moments, ensures that the musical direction, colour and compass go well beyond herself as leader. There’s very little spotlighting; the whole musical concept, in which Sprakes’s easygoing and Montgomery-esque playing is also key, is brightly illuminated.

This is true of Grolnick’s Pools. It’s already offbeat, but Kirkland and Co. turn it into an inventive and structural tour de force, with her lyrics and Beaujolais’s vibes having the potential to go on much longer with accumulating interest and variety. It’s the epitome of probing and musical discovery kept on track, as elsewhere, by committed support from bassist Paul Jefferies and drummer Steve Wyndham but ever alert to the possibility of new directions.

The fleeting Nothing Like You (Dorough/Landesman) is a love song whose sentiments infect Kirkland’s tender lyrics for Petrucciani’s September Second – with Starace blossoming out the tune – and Malone’s Playground. Her and Sprakes’s words for the Montgomery number have the super line “We know the way to San José”, which exudes the confidence of an album on the move and creating a frisson between sophistication and strength. Super beginnings, middles and endings. Lovely journeys.

Click here to buy Wendy Kirkland: The Music’s On Me…

Betsy Bell - 20 August 2020
The Quarantine Trilogy features four tracks, three of which were written in March this year, and recorded on the eve of New York City’s lockdown due to the COVID-19...