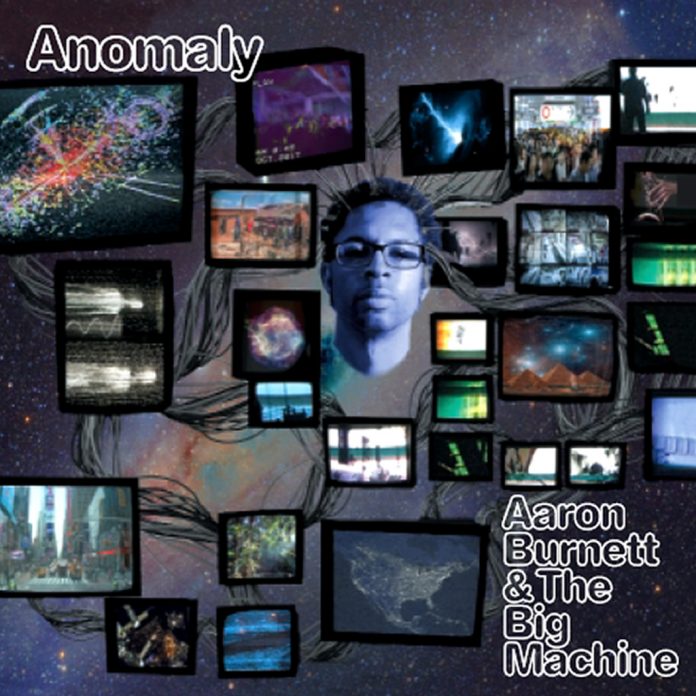 After one of those pointless opening fanfares that someone hung onto from the sessions and decided to paste in at the top, this comes out of the traps like a muscle car and keeps going right to the end.

Embrace Of The Goddess and, most particularly, Picassonite are among the most exciting contemporary jazz performances I’ve heard in a long while. The latter contains a wildly exciting vibes solo from Joel Ross and one of only a couple of fine statements from trombonist Corey Wilcox, who either arrived late, left early, or was only called in for a couple of tunes.

The engine of the band is the axis of Nick Jowziak and, a more obviously known quantity, Tyshawn Sorey, who keep up an almost frighteningly intense rhythm. Check them out on No More Bebop?, which seems to answer its own question in Peter Evans’s scalding trumpet solo and the leader’s own snarly feature.

I have to say that I don’t much like Burnett’s saxophone tone, especially on the soprano, but this is ensemble music that quite deliberately takes much of its language from electronic practice, and from Burnett’s own experiments with an audio-to-MIDI converter, so to compare him with the tenor/soprano stars of a previous generation – Shorter, Henderson, Brecker, Liebman, even Branford Marsalis – doesn’t quite make sense.

The tracks are mostly long, but seem to fly by at half their documented duration, which is testimony to how tight the writing and arranging are and how completely absorbed in the project the group as a whole is. Carlos Homs, about whom I know next to nothing, beyond some stuff he’s done with Reggie Workman, holds the centre on every track, apparently connected to the leader by some umbilical, mutually nourishing link.

One of the problems with Burnett’s soprano tone, especially on something like Light Beings, is that he’s mixed up so high and close, with the rest of the group seemingly crowded in behind him, and yet it’s a Sam Owens recording job at Figure 8 in Brooklyn, and he’s always on it, so the problem may be the need to get this music down hard and as-live, with some compromise on the balance. Maybe. I’m not fussed. It’s bloody brilliant.