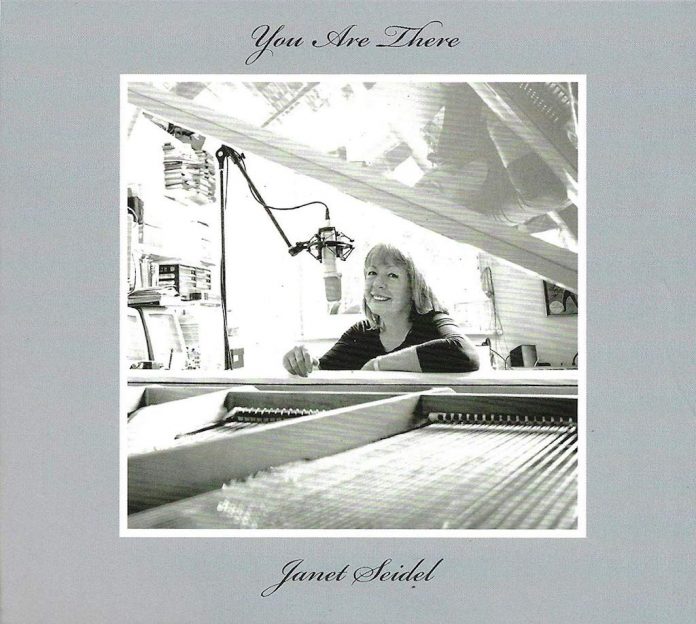 Forming a tribute to Janet Seidel, these previously unreleased tracks were selected by David Seidel from various sessions and unusually include some live dates. The opening track comes from the session that resulted in her Moon Of Manakoora album and her gentle approach to Younger Than Springtime is especially attractive. Additionally, there is a fine example of Morgan’s playing of the ukulele.

Other album recording dates visited here include Dear Blossom and the first and third volumes of Art Of Lounge. During the last-named session Janet played a few impromptu moments of You Are There, the result providing a short but apt and moving closing track. Before that point is reached, however, there are many other delights, including rare live performances of I Wish You Love, I Hadn’t Anyone Till You and I Got It Bad. Also recorded live is Night And Day, which contains another excellent example of Morgan’s work, this time on guitar. Consistently self-effacing, he usually refused to play solos, and here his simple yet elegant lines display how much audiences lost through his reluctance to do other than accompany his vocal partner.

It is, of course, the singer whose work is on display here. On all the songs she sings there is eloquent understanding of the intentions of the lyricists allied to outstanding musicianship, the latter quality embracing her singing and piano playing.

Critics are supposed to consider only what they hear but it is sometimes hard to set aside knowledge of an artist’s background, both professional and personal. This is especially difficult here not only because of Janet Seidel’s death in 2017 but also because before the album’s release, Chuck Morgan, too, had died.

Consequently, the album becomes a tribute to both artists and also to David Seidel for his playing and his production of this fine album. It is fitting that all three of these musicians, and indeed their guests, are in excellent form. The result is simultaneously a sad reflection and a musical joy.

Derek Ansell - 07 July 2022
This was the trio’s first live gig after the impact of the pandemic, an afternoon concert at Summit Rock in what used to be an African American settlement in...

Jazz Journal - 25 April 2022
This is one of a series of taped interviews with musicians, who are asked to give a snap opinion on a set of records played to them. Although no...