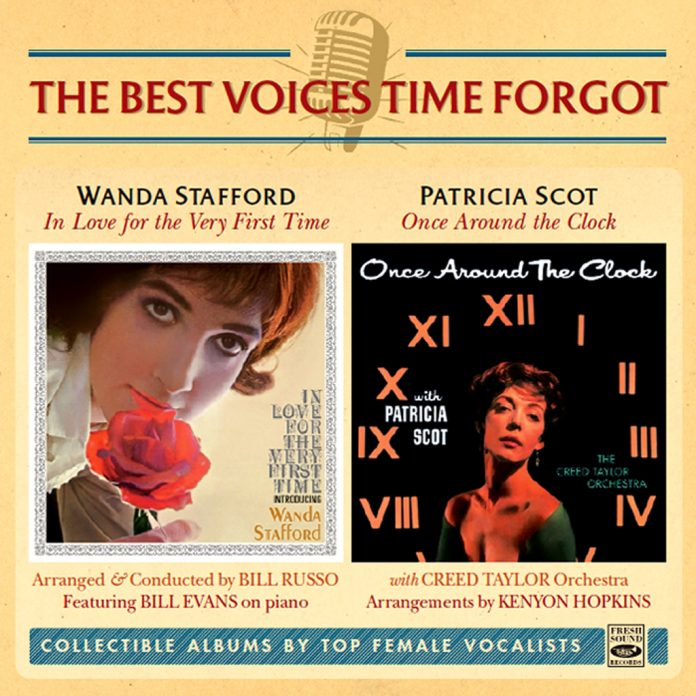 Both these names are worthy of being lifted out of obscurity and the fact that they were served by arrangements from Bill Russo and Creed Taylor back in 1960 and 1959 respectively gives notice of how their talents were rated all those years ago.

Stafford made her New York debut in the same year as her album was recorded in the same city, which ensured she had names and top session men backing her. They do more than justice to Let There Be Love which, quite remarkably, carries only the faintest echoes of Nat King Cole’s rendering. Stafford invests the lyric with a quite different emotional pitch and Russo’s arrangement happily has the air of his work and his alone.

Bill Evans arguably didn’t get to accompany singers enough on record, and here he shows how sympathetic he was in that role on the lyrically airy I Enjoy Being A Girl, which despite the lyric is the kind of superior pop song that was rife in that more innocent era.

Scot doesn’t cover that song in her set, but she gets unassuming gold out of Where Are You (Now That I Need You) where Taylor’s muted colours behind the vocal are offset by a burst of brass.

In the context of this album Let’s Sit Down And Talk It Over clocks in at an epic three minutes and 17 seconds, but within that miniature framework we get the embarrassment of riches which Is Scot’s knowing take on the lyric and some brief declamatory statements from Phil Woods.

It seems there was an awful lot of talent around when it came to quality singers in the late 50s and early 60s and these two fit perfectly in Fresh Sound’s new Best Voices That Time Forget series. We should be grateful to the label for resurrecting them after all these years.

Michael Tucker - 13 March 2019
These four young (ish) New Yorkers take their group name – and this is very much a quartet of equal parts – from the medium-crisp, ostinato-sprung yet floating Kenny...