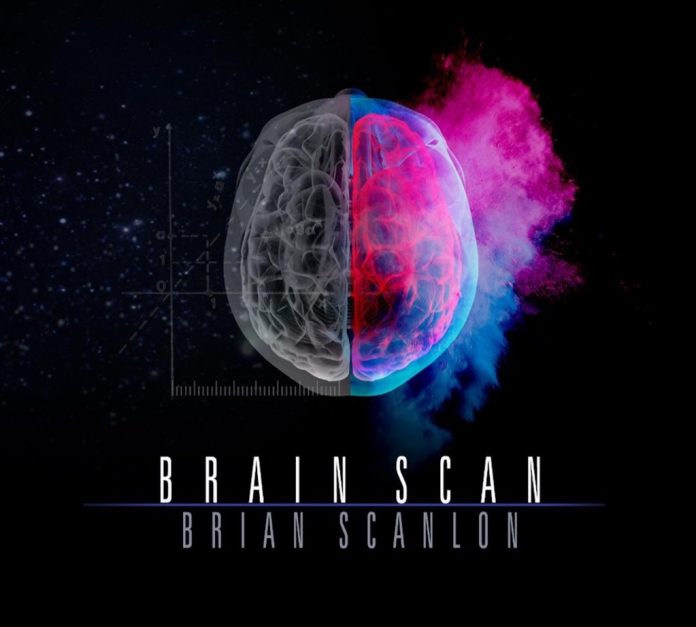 Session musicians are the unsung heroes of the music and film and television industries. Many of the thousands of classic recordings of the past half century owe much to the instrumental skill of these men and women who are almost never mentioned in either reviews or press handouts. Opportunities arise all too seldom for one of them to have a chance to take a solo on a name artist’s record and there are even fewer occasions when his or her name appears in lights. But that’s what is happening here.

Saxophonist-composer-arranger Brian Scanlon has been playing in the shadows for more than three decades and during that time he has been on the soundtracks of films and television shows and in orchestras backing artists from the worlds of pop and jazz. He is a long-time member of Gordon Goodwin’s Big Phat Band and also plays in Bernie Dresel’s BBB Big Band.

Soloing extensively throughout this session, on both alto and tenor saxophones, Scanlon is technically skilled and fluidly inventive. Eight of the nine tracks are his own compositions, the exception being Earle Hagen and Dick Rogers’ Harlem Nocturne. Among Scanlon’s collaborators here are pianists Tom Ranier and Ed Czach who are always supportive, Ranier soloing on I Hear Something and Harlem Nocturne, Czach soloing on My Right Foot and Scandalized. Bassist Trey Henry sets the pace on Re-entry on which guitarist Andrew Synowiec takes a rich solo. Peter Erskine, always a driving drummer, provides a subtle lift everywhere and solos on El Entrometido. Additional percussive touched from Joey De Leon are heard on five tracks. Guitarist Larry Koonse appears only on Mark’s Time, soloing well, and guitarist Avery Scanlon (Brian’s son) plays on Brain Scan and Scandalized.

Hugh Rainey - 05 May 2021
Billie's penultimate LP album, Lady In Satin, is followed on this CD by 11 bonus tracks recorded just over a year later, shortly before her death. These were issued...