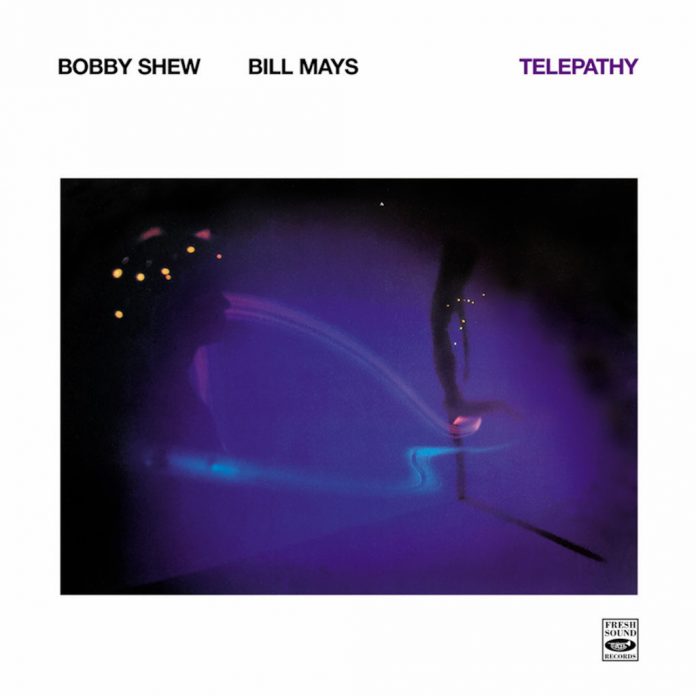 What a pleasure it is to have such a marvellous reissue made available. This 1978 recording received acclaim when first released as a vinyl LP on the Jazz Hounds label, and it has now been remastered to a very high standard for CD under the supervision of Fresh Sound boss Jordi Pujol.

The playing is imaginative and eloquent. Shew’s trumpet playing is probably best known through his work with a host of big bands, among them those of Tommy Dorsey, Buddy Rich, Benny Goodman and Bill Holman. I last heard him – still playing very well indeed – as featured soloist with the Serbian Big Band RTS at the Belgrade Jazz Festival. But it was also a real privilege to sit in on a workshop led by Bobby a few years earlier at the Bristol Jazz and Blues Festival – I’m not a trumpet player, but the insights he provided were remarkable.

While his technical precision led him to be in great demand as a big band lead player, he was also keen to develop his soloing skills, and this led him to link up regularly with the expressive Los Angeles-based pianist Bill Mays. And Telepathy, with Shew mostly on flugelhorn, shows what extraordinary rapport they developed.

The title track comes in Parts One and Two, both very different, and in fact freely improvised, though well-rooted in conventional harmony, spontaneously explored here. All the other tracks are standard or pop songs, with highlights including the opening track It Might As Well Be Spring, plus Poor Butterfly, Yesterdays and You’ve Changed. Shew and Mays display tremendous musical empathy, and their interplay is a joy to hear. Two masters at work – you can clearly sense that their priority was to listen to each other, and react at lightning speed. It’s worth noting that the original production must have been superbly recorded to sound this good decades later.

Click here for information on how to buy Bobby Shew, Bill Mays: Telepathy

Matthew Wright - 05 July 2021
If you had to cite one album that justified Tony Bennett’s place in the pantheon of jazz singers, In Person!, forming the first 12 tracks here, would be it....