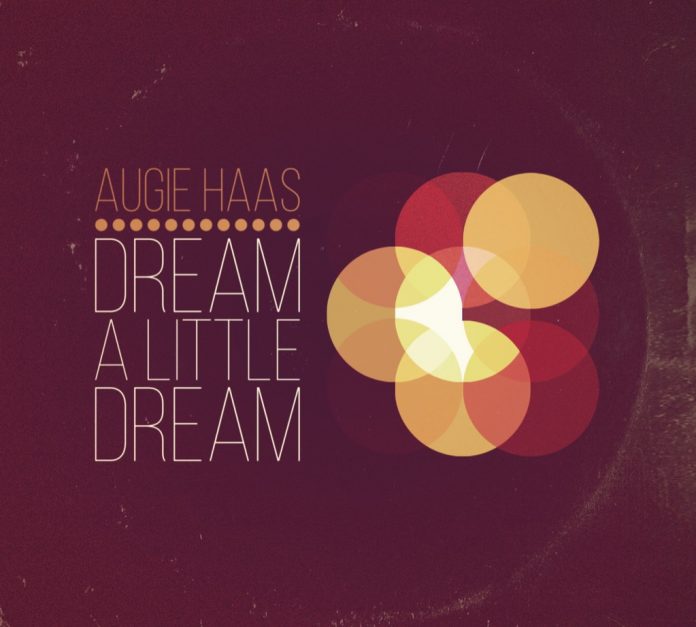 Given that both his trumpet chops and his vocals bear a strong resemblance to those of Chet Baker the obvious question that one wants to put to Augie Haas is why, when it’s been done so well already?

Although dead for 31 years Baker has several albums on which he sings and plays readily available and even the idea of augmenting a brass-led rhythm section with strings – there are nine violins, three violas, and two celli credited – is not exactly new.

However, the song-stack offers variations, with 30s standards like Harry Warren’s I Only Have Eyes For You juxtaposed with Earth Angel, or Hoagy Carmichael’s Georgia On My Mind, elbowed aside by Will You Still Love Me Tomorrow. Throw in a slightly bizarre up-tempo version of Love Me Tender and you begin to get an idea of the feel of this album.

For the record there are eight vocal tracks plus three instrumentals. It lacks, I feel, what is known in some quarters as the “wow” factor that would help it stand out from other new releases and perhaps find its audience, but it’s done with polish.

Discography
Dream A Little Dream Of Me; Blackbird; Goody Goody; Georgia On My Mind; Will You Still Love Me Tomorrow; I Only Have Eyes For You; Love Me Tender; Stand By Me; Earth Angel; Ooh Child; Stay (43.55)
Haas (v, t); Carmen Staaf (p, org); Dick Sarpola (b); Jared Schonig (d) plus 14 strings. No recording venue/date given.
Playtime Music, no number

Dave Jones - 03 February 2019
This album is reminiscent of numerous rock/pop influenced piano/synth-led albums from the late 1980s and 1990s, but there’s also a sense that it provides something of a 2018 take...