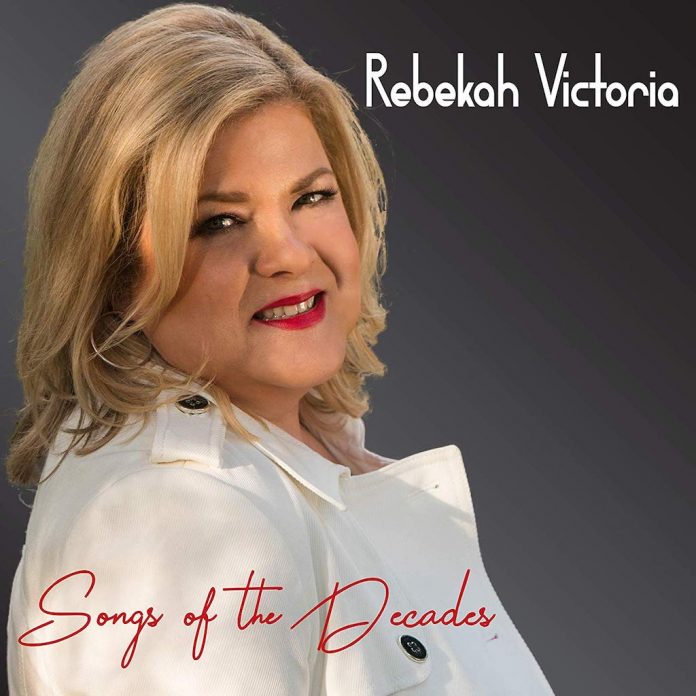 This is yet another artist who is new to me and one presumably facing the hurdles of attempting to establish a niche in what remains of the supper-club circuit employing as a handle The Great American Songbook. It appears that this is the second album by Rebekah, who was born, raised and now works in the Bay area around San Francisco.

Searching for a hook upon which to hang around a dozen titles she hit on the idea of performing one song from each decade of the 20th century and ended up using two from the 30s and two from the 40s and in an effort to avoid conformity she does them out of continuity albeit she does begin with Shelton Brooks’ Some Of These Days which dates back to 1909 and is indelibly associated with both Sophie Tucker and vaudeville.

Skipping a decade she follows with Whispering, a mega hit for Paul Whiteman in 1920 and skilfully blends it with Dizzy Gillespie’s contrafact Groovin’ High from 1945, an early example of bop musicians creating a new tune from the chord progression of a much older composition.

With the third track Rebekah is back in sequence with Turner Layton and Henry Creamer’s After You’ve Gone dating from 1918. She then jumps to 1952 and Annie Ross’s Twisted, a lyric she based on a Wardell Gray jazz solo. Un-break My Heart, track five, is the oldest number on the album then it’s back to 1966 for Lee Hazlewood’s These Boots Are Made For Walkin’, a hit for Nancy Sinatra.

Following a nod to Carole King and her 1971 title It’s Too Late, Rebekah swoops back to 1931 for Jerome Kern and Oscar Hammerstein’s The Song Is You, a show tune from Music In The Air. Opus One weighed in in 1943 and again she blends it with Charlie Shavers’ Undecided from 1938, closing the album with the only non-American song, I Hope I Never, from 1980.

The voice is pleasant enough without being distinguished, as are the charts by Wayne Wallace but overall it’s pretty ho-hum.

Discography
Some Of These Days; Whispering/Groovin’ High; After You’ve Gone; Twisted; Un-break My Heart; These Boots Are Made For Walking; It’s Too Late; The Song Is You; Opus One/Undecided; I Hope I Never (52.10)
Victoria (v) with various accompaniment drawn from a pool of 22 musicians. Oakland, San Francisco, June-December, 2018.
Patois PRCD 024

Jazz Journal - 22 March 2019
Smooth jazz has been accused of many failings, among which is simplicity. Much of this session is cast loosely in the smooth-jazz mode, with saxophone, violin, piano and guitar...