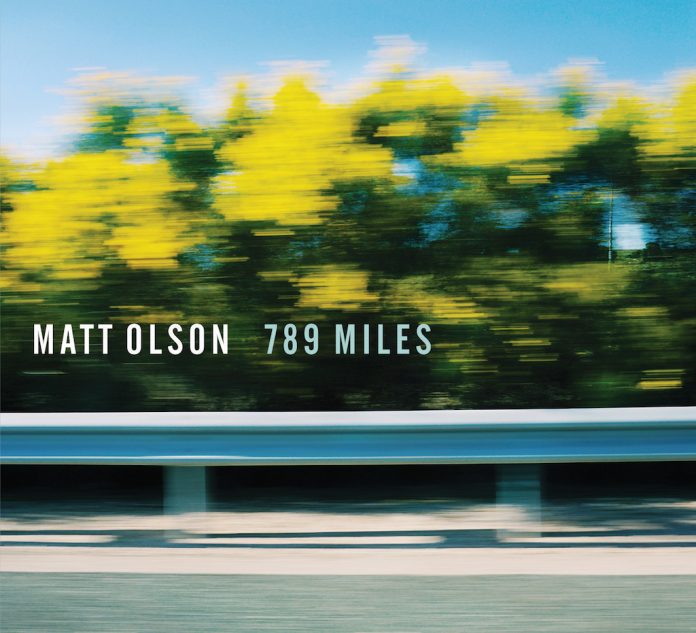 “Jazz Is the Teacher, Funk Is the Preacher” goes the title of Soul Jazz Records 2018 compilation featuring Funkadelic, Gil Scott-Heron, Don Cherry and others. Matt Olson, professor of saxophone and director of jazz studies at Furman University, South Carolina, might be a teacher, and the second bit of his job title “Saxophonist & Educator” might have jazz fans wondering, but there’s no lack of preaching soul in his playing on this set of uplifting swing, bop, ballad and backbeat. The trio play like road-hardened jazz warriors (try the rollicking Blakey shuffle of Olson’s own Dance Of The Dragonflies), far removed from the rather worthy efforts that can issue from jazz institutions.

Here, the template of the Great American Songbook married to hard bop is more or less the order of the day. The changes and forms are familiar and approachable, but all the material except the well-placed wrap-up Stompin’ At The Savoy is original. Five of the pieces are by Furman students or alumni and the realworld talent of the leader evidently extends to his charges, their pieces impressive modern mainstream structures.

The set hits the ground running with one of those pieces, Gyrate, by J. Jay Berthume, a dynamic modal swinger with dramatic diversion in the form of an unexpected half-time section with a three feel. The other student tunes are just as shapely, if their approach is more leisurely. The Wishing Well is a mix of pulsing forward motion and legato reflection over a bossa beat, The Space Between is a ballad as reflective as its title; Kything is a reflective trawl over a tom-tom flavoured Latin beat and Highway 538 is a simmering ballad over changes that will have some other tune on the tip of your tongue.

Olson’s three originals hang together in the middle of the set, Dragonflies joined by 789 Miles (the distance from Olson’s childhood home in Wisconsin to South Carolina and in musical form a poetic three-minute solo expressing his life journey to date) and Alberta Clipper, a mid-tempo waltz underlining the observation that whatever the tempo a soulful jubilation spills from Olson’s horn.

Olson’s colleagues make equal contributions to the result – it’s a trio, not three players. Michael Kocour, known to JJ readers for his work with the Unhinged Sextet (of which Olson is also a member) and for his recent solo album, metamorphoses smoothly from pianist to organist, soloing with great skill and gluing together the trio with fluid bass and chord work while Dom Moio turns nearly 50 years of experience with Carl Fontana, Conte Condoli and Shorty Rogers, to name a few, to good use.

The evocative wall of vintage guitar amplifiers that forms the backdrop to the trio’s liner photo talks pedigree, and this trio, with its warmly cooking Hammond tones and dues-paid playing shows the same in abundance.

Jazz Journal - 30 December 2021
Otis Rush at his best - as in several of his recordings and at least one concert that I have witnessed - is so powerful an artist that a...