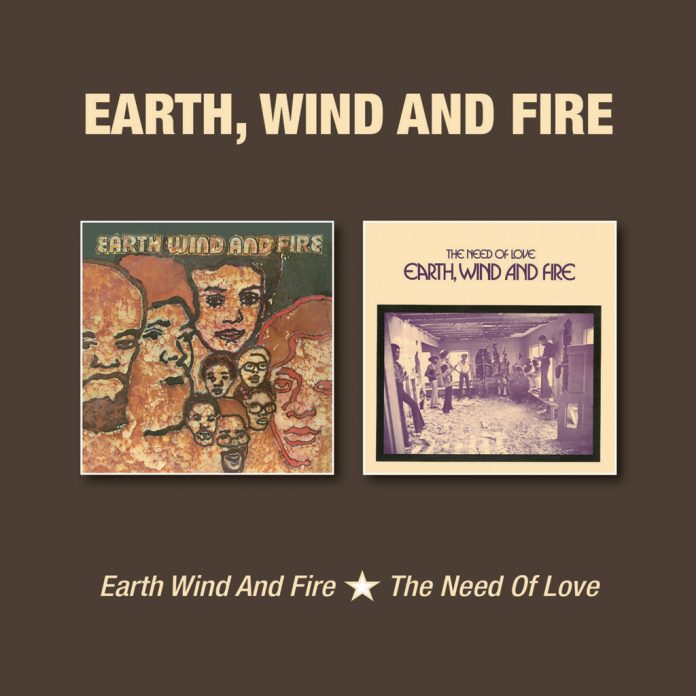 Around 1970 drummer and percussionist Maurice White decided to leave Ramsey Lewis’s band, which he’d been part of for over three years, to form his own combo. The result was Earth, Wind And Fire, a band that would eventually become one of the biggest names of the 1970s – popular enough that a version of the band still tours although White died in 2016.

This release from BGO Records features remastered versions of the band’s first two albums – 1971’s Earth, Wind And Fire and the early 1972 release The Need Of Love. A few uncredited spoken-word interludes crop up from time to time on the first album for which the reason isn’t clear and they haven’t stood the test of time. Neither has the free-form, jazz-and-spirituality intro to Energy, which opens the second album.

Most of the tracks fare much better, however, with a timeless quality that avoids the clichés that can make other 1970s bands sound dated. Beauty justifies its title: a relaxed, slow, romantic number built on Maurice White and Verdine White’s laid-back drum and bass groove.

Neither of these albums hints at the entertainment behemoth Earth, Wind And Fire was to become. There are no disco favourites or perennial party floor-fillers to match Boogie Wonderland (although the Sly Stone influenced Moment Of Truth comes close), but as evidence of a tight, stylish, band in the early stages of its career this is a worthwhile album set.

Michael Tucker - 04 September 2020
In 2016 Johänntgen left her native Zurich for a six-month sojourn in New York. Paradoxically, to date the fruits of this Big Apple experience have been the two (excellent)...