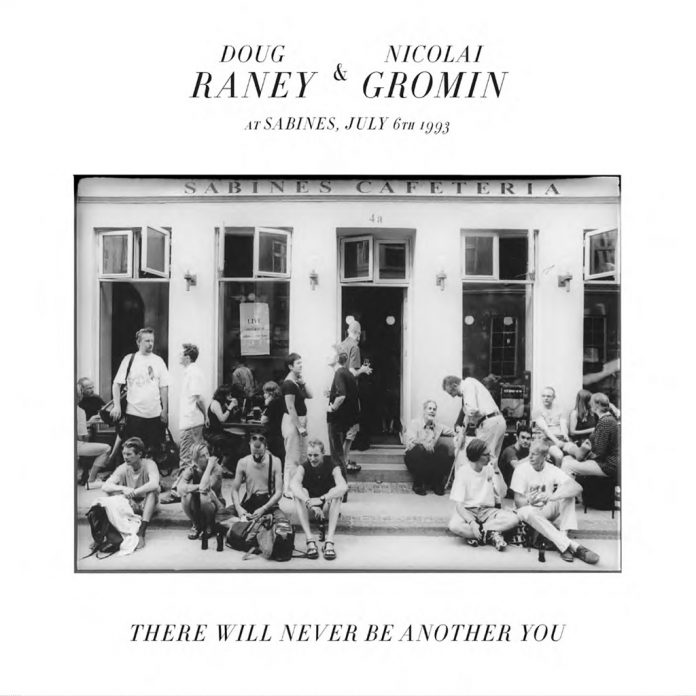 The full title adds “At Sabines, July 6th 1993″. Sabine’s is a cafeteria/bar in central Copenhagen (the part that used to be called Pisserenden, which you can probably translate for yourself) that used to put on free duo gigs during the jazz festival.

Then owner Tim Christiansen saw it as a way of saying thank you to the tribes of night people who peopled the district. One of their number, cyclist and fan Ib Skovgaard recorded Doug Raney and Nicolai Gromin there, and hung on to the tape for nearly a quarter of a century. Maybe the death of both guitarists prompted him to make it public.

It’s an immaculate recording, which could have passed for studio quality if the polite smatters of applause had been edited out. Gromin’s certainly the lesser known of the two participants, and on the strength of the closing Blues For Thad, a more obviously generic player and composer than his partner, who starts the set with a typically elegant line.

Together, they’re more comfortable on repertory material, a thoughtfully swinging MFV, a more upbeat take on the title track and then some more challenging jazz material before the sheer delight of Estate.

Both men like to keep the melody in sight, as Raney’s father Jimmy always did, and rarely indulge in abstract analysis of harmonics. It’s not a performance that will set the world on fire, though Raney has some virtuosic moments, but as guitar jazz it’s out of the top drawer and a nice memorial to a place, a time, and two men who drank deep (sometimes too much so) of the life.