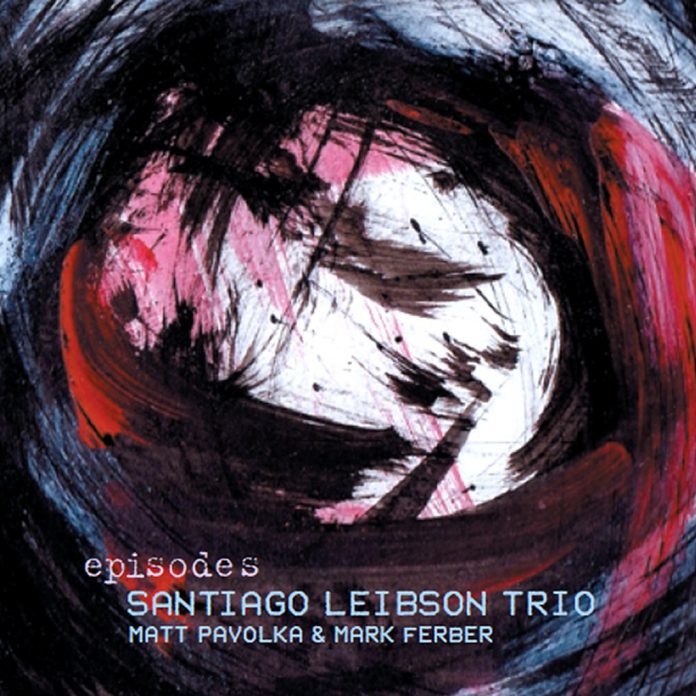 Concentration and reasonable compression are qualities we might demand of jazz. We eschew the overblown as much as the stray thought and the half-hearted involvement. Argentine pianist Santiago Leibson is mostly at pains to keep things simple and leave space for the other two instruments. In uncharitable mood we might say that more holding back on the part of a trio pianist is always in danger of meaning less.

Leibson sees none of the three instruments as being first among equals. At the start of the Monkish Bassment Complaint he fashions a theme which the listener may think can only continue in the same style; but Leibson disengages, allowing bass and especially drums to pursue whatever has been suggested to them while he marks time or makes ad hoc re-entries.

By the time Second Movement has doodled into view on the piano, the tune comes to a halt, leaving the bass to play around after its own inclination in an atmosphere almost of stasis. Piano and drums (the excellent and busy Mark Ferber) interject but not to much apparent purpose. A kind of simulated free improv takes over, becoming over-excited and as far from the opening as possible.

New York-based Leibson sets out his modus operandi at the start. Go, the opening number, might without irony have been sub-titled But Don’t Expect Me To Leave A Trail. There’s movement of an almost conventional sort underpinning the sharp-cornered tune, but its development is sketchy and bassist Matt Pavolka is delegated to make the most of in an extended solo, Leibson having added eccentric phrases and dabs of colour.

Out of nowhere arrives Exit, testifying to the trio’s ability to swing as though it were the acknowledged base from which the rest of the album arises, including the hesitancies of U#5 and the discoveries along the way of interesting sound conjunctions, vagaries and varieties of tempo, and the suggestion here and there of familiar chord changes on which Leibson’s charts may be based. If they aren’t it says a lot for his inventiveness that the possibility is raised.

As the tunes process, more adjectives come to mind to describe Leibson’s piano style: minimalist, insouciant, idiosyncratic, disciplined. While this might suggest a lack of detail in the structure, there’s integrity at the heart of everything; it just takes time to locate. Certainly, nothing’s predictable. Perhaps Leibson’s supreme trick is to show how a leader can lead without being adamant as to what the end result will be and how it’s arrived at.

Episodes is a follow-up to Out Of Order, a Leibson trio album recorded last year with bassist Drew Dress and drummer Devin Gray. It’s to Leibson’s credit that with two different associates and a list of his own compositions he can make the latest recording sound like a departure rather than more of the same.

Matthew Wright - 14 November 2021
Maurice Louca is a highly regarded Egyptian musician and composer and this album was commissioned by Mophradat, a Brussels arts organisation. He uses instruments that could be modified to...