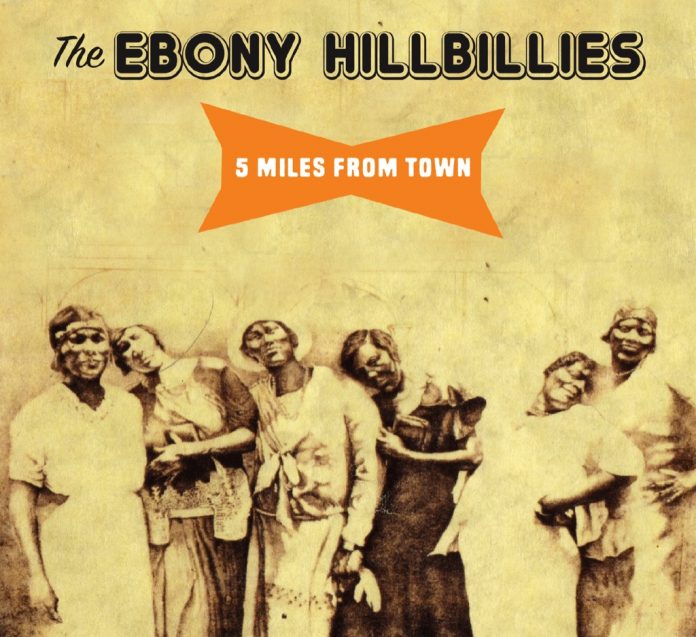 The Ebony Hillbillies take the tradition of the string band and update it for modern times, keeping the all-acoustic instrumental line-up and bringing it to their arrangements of soul, blues and spiritual songs and tunes. The band are based in New York and seem to be equally at home on the stage and busking around the city.

Henrique Prince’s raw-edged but sprightly violin starts proceedings with an emphatically swinging Hog Eyed Man. It’s a good-humoured way to kick things off, but don’t be fooled by its cheery mood – the Ebony Hillbillies are far more than just a good-time group. Willie Dixon’s classic Wang Dang Doodle follows: a song that manages to give an invitation to an all-night party the same level of menace that’s to be expected from a slasher movie.

A mid-tempo version of Darling Corey, a song about a moonshiner first recorded almost 100 years ago, has a strong groove and pitches the song’s atmosphere perfectly (Lonnie Donegan played this number at around 100 miles an hour, draining it of both groove and atmosphere).

I Can’t Make You Love Me is probably best-known in Bonnie Raitt’s version. The Ebony Hillbillies keep Raitt’s slow tempo, but a melancholy vocal gives it an even greater feeling of sadness – unfortunately, with four singers in the band and no individual credits listed, I can’t name the singer responsible.

Carrol County Blues brings us back to the cheerfulness of Hog Eyed Man and then comes Cream. Written by violinist and singer Prince, this is an odd, otherworldly, song that combines a hypnotic rhythm, some infectious banjo/violin interplay and an upbeat lyric: a strange, but rather wonderful, performance. Three shots ring out to signal Another Man Done Gone, an uncredited but strident protest against recent police shootings.

Soulful performances of Smokey Robinson’s Fork In The Road and the hymn Where He Leads Me (I Will Follow) lead into the instrumental title track, a fast tempo tune that evokes a speeding train – whether it’s leaving town or heading towards it is a mystery.

Thank you so much for a great audio review of such a really cool NYC String band – The Ebony Hillbillies – probably the last black string band in America! For what its worth – I am writing just to point out a few clarifications below to this cool review…

1) the Bonnie Raitt cover – I Can’t Make You Love Me – was sung solely by Gloria Thomas Gassaway.

2) Cream, located in the next paragraph, is penned by Prince – not the violinist, Henrique Prince, but actually by The Artist known as the late Prince Roger Nelson – i.e. Mr. Purple Rain, Little Red Corvetter, etc….

Bruce Crowther - 09 November 2020
Much has been written about this night at New York City’s Carnegie Hall and for once the use of the word “legendary” is not a PR exaggeration. That fans of...