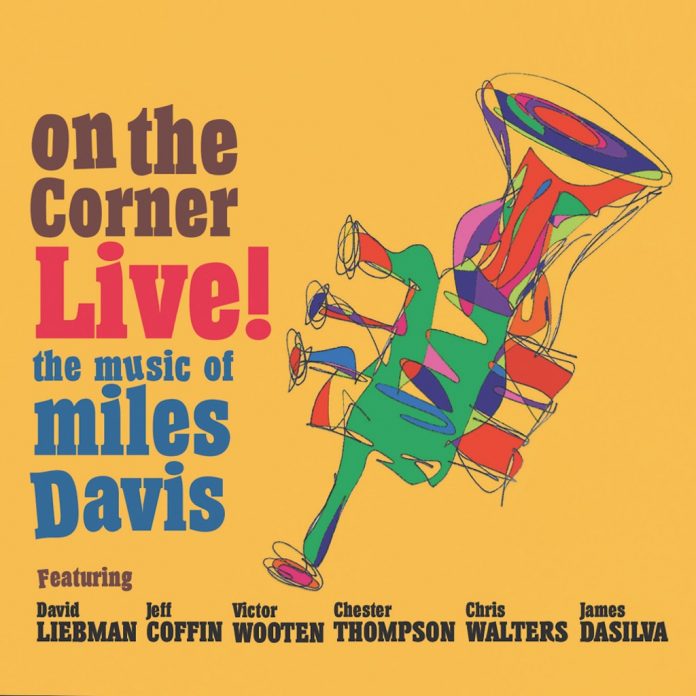 The personnel reads like a firm of arbitrage lawyers. Lieb does the arrangements and the honours in introducing the concept – repertory performance of radical music possibly needs some kind of justification – but it was saxophonist Jeff Coffin who thought up the project and booked the top-flight Nashville band to pull it off.

They mark the big step forward that On The Corner was (really!) by taking a half-step back, to the atmospheric electronica of Joe Zawinul’s In A Silent Way, taken extra slow and on the face of it, an oddly paced interpretation to kick off a concert.

Struck me as On The Corner itself started that not a few professed Miles fans would be able to put a name to it. Not that Miles cared about titles, as Liebman confirms. Even for those who bought in wholeheartedly to the electronic period, On The Corner has remained the 10-minute egg of hard-boiled capriciousness, its repetitive funk somehow renatured when taken out of the medley format that Miles/Macero again used for the sessions.

Of the remaining pieces, only Black Satin was on the original album, with Wili, Hermeto Pasqual’s Selim, Ife, Mojo and Jean-Pierre all provenanced from elsewhere in the discography. The instrumental interludes are very much in the spirit of the original band. You just have to imagine the trumpeter prowling around the players, listening to their sound, approving or dissing as the mood took him.

There have been a lot of heritage projects of late. Rock is full of them and jazz-rock saw a recent revival of the Mahavishnu Orchestra. Miles has already been rebranded for years in Leo Smith’s and Henry Kaiser’s Yo! Miles project, but this one is neither a retread or a homage. Liebman has some kind of apostolic link to the original, even if he wasn’t always treated with much respect back then. Lack of respect was how Miles showed he loved you, and I somehow feel that the affection is returned here with interest.

François van de Linde - 13 January 2021
The Flying Horse Big Band’s energy is contagious. I confess that I was not aware of the existence of the student band from the University of Central Florida’s Jazz...