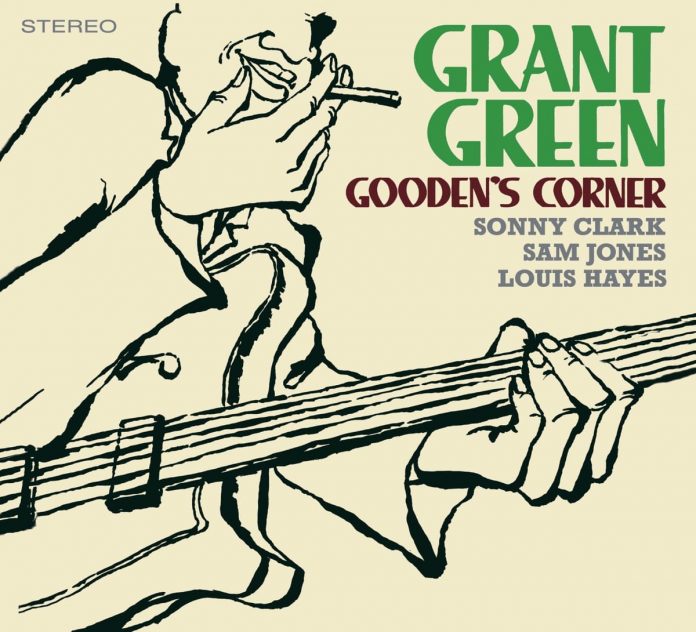 Unlike his great contemporary Wes Montgomery, Grant Green (1935-1979) never received the critical recognition he deserved during his lifetime. In fact he was an accomplished guitarist who made some excellent records for the Blue Note label in the 1960s.

Perhaps the best of these is The Complete Quartets With Sonny Clark. That album is included in this compilation, supplemented by two bonus tracks recorded at the 1966 Newport Jazz Festival. Curiously, Gooden’s Corner has until now only been available in Japan as a single album.

The quartet of Green, Sonny Clark, Sam Jones and Louis Hayes – joined by Ike Quebec on Count Every Star – later included on his album Blue And Sentimental – produced notable versions of Green Dolphin Street, Moon River and What Is This Thing Called Love? The title track (a Green original) is a particularly effective blues, with guitar and piano intermingling in seemingly telepathic exchanges, and a long loping solo from Clark.

Michael Cuscuna observes in his liner note that “the Green-Clark-Jones-Hayes combination is completely compatible and comfortable”. Two For One (another Green composition) features him at length, with his strong rhythmic sense very much in evidence. The always reliable Ike Quebec makes a vibrant and majestic contribution to Count Every Star.

The two additional 1966 NJF tracks (with Gene Taylor, Connie Kay and an unidentified pianist) are uneven. Grant has a long and inventive solo (much appreciated by the audience) on Untitled Blues, but the less satisfactory Cantaloupe Woman – another Green composition which he had earlier recorded on the LP The Grass Is Greener – is rather aimless, badly recorded and inexplicably harsh.

Dave Jones - 03 February 2019
This is a new release that falls into the increasingly familiar category of “Is this jazz?”, when reviewed in a jazz magazine. It’s a fine set of compositions by an...