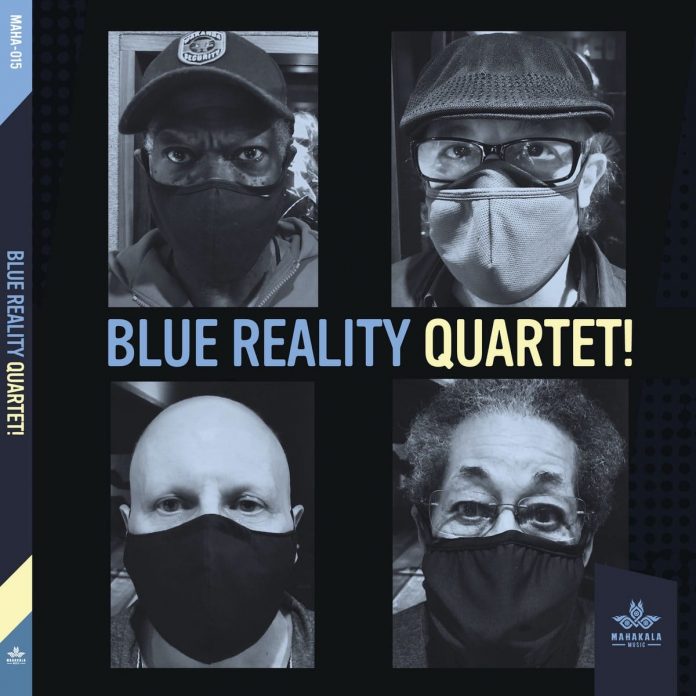 When four veterans of the free come together in a studio there is no guarantee the results will be stimulating. The fact that this whole programme is stimulating goes to show that the hit-and-miss nature of creative improvised music often works, in artistic terms at least.

The opening track on this release is called Love Exists Everywhere, and in defiance of social media evidence to the contrary the music is intriguing and rather meditative, a kind of soundtrack, if you will, for the force of love massing its resources in anticipation of an offensive against this harsh, toxic world.

The spirit of the Art Ensemble of Chicago infuses Chartreuse Tulips, reminding us of how the deep and subtle listening skills of the AEC are so thin on the ground these days. On soprano Joe McPhee “sings” in a manner different from yet consonant with his approach to the tenor, while Marcus’s bass clarinet playing is notable for the degree to which it isn’t informed by Eric Dolphy.

East Side Dilemma also sounds and resounds in a manner free of the usual influences, with McPhee on tenor joining Smith on drums in a dance that’s inscrutable yet marked by the process of deep listening and a form of mutual understanding that doesn’t admit routine, sterile or otherwise.

Warren’s Theme is free of drums, so the work of both the composer and Jay Rosen lends the music a light yet substantial air that’s reinforced by both McPhee (on tenor again) and Marcus on bass flute in a manner that might be described as meditative.

Thomas Fletcher - 12 July 2020
It was back in 1990 when Mark Monts de Oca and Jimmy Rivera assembled a quartet together at the Apple Jazz Club located on Calle Loíza in Santurce, Puerto...

Jazz Journal - 26 August 2020
This is one of a series of taped interviews with musicians who are asked to give a snap opinion on a set of records played to them. Although no...