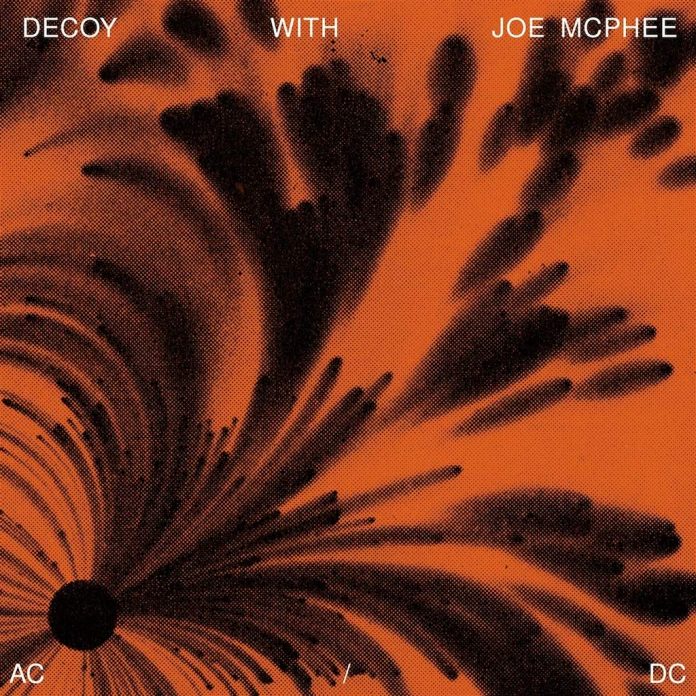 Joe McPhee has been around for some time now, making his first appearance in the late 60s. Readers may remember his recordings for CJR and Hat Hut. He has visited Europe regularly and here is reunited with three leading figures on the London scene who make up Decoy: Steve Noble, John Edwards and Alexander Hawkins. Recorded live at Dalston’s Cafe Oto, it’s based on free improvisation and avant garde jazz, mixed with traditional forms and other elements.

The set starts with the players working around each other, feeling their way in. There are drum rolls, pops and bubbling organ as McPhee uses his pocket trumpet with stabbing persistence. Noble takes up the reins and guides, a model of percussive virtuosity and swinging urgency, with the Hammond eerily threatening menace. The tenor arrives, soaring and gutsy, in a frenzied attack, then mellow and full of emotion.

The slower passages show a spatial awareness and close attention between the players, working off and around one other, each taking on the mantle of pivot to which the others gravitate or are pulled. Edwards’ bass alternates between fast and free, clear and accurate, at times dominating, other times supportive; strident and persuasive.

Hawkins uses the Hammond to build up layers as soundboards, a canvas the group use – sometimes a flurry of notes, other times drone-like – whilst Noble busies himself with fragmented percussive effects then chatters around the kit before launching into highly rhythmic salvoes of sound.

This is improvised music of the highest order – entertaining, exhilarating and enthralling, with clear intent of purpose. It twists and turns as it suits the players. An almost telepathic link is evident when McPhee sounds a change, the band catching it quickly and responding seamlessly. McPhee alters course and immediately everyone is there. His tough tenor is interspersed with hollers and shouts – fierce, powerful statements. Hawkins lays into the Hammond, producing block sounds and clusters and suddenly the volume drops. Small noises – scraping, scratching and scurrying. The insects take over.

Each player has independent expression which changes as the mood or the context takes them, exploring new avenues but always sensitive to what is going on and mindful of the collective. The tempo changes into a raucous groove, rhythmic and urgent. A hard-edged tenor riff, a Hammond groove, a Memphis bass and a solid dynamic beat. It’s suddenly a glide across the Flamingo dance floor but with hidden undercurrents, soon to be unleashed.

Barry Witherden - 10 April 2020
In addition to his own numerous projects Liebman’s playing has enriched the bands of a number of major figures, including Elvin Jones, Miles Davis and Chick Corea, as well...