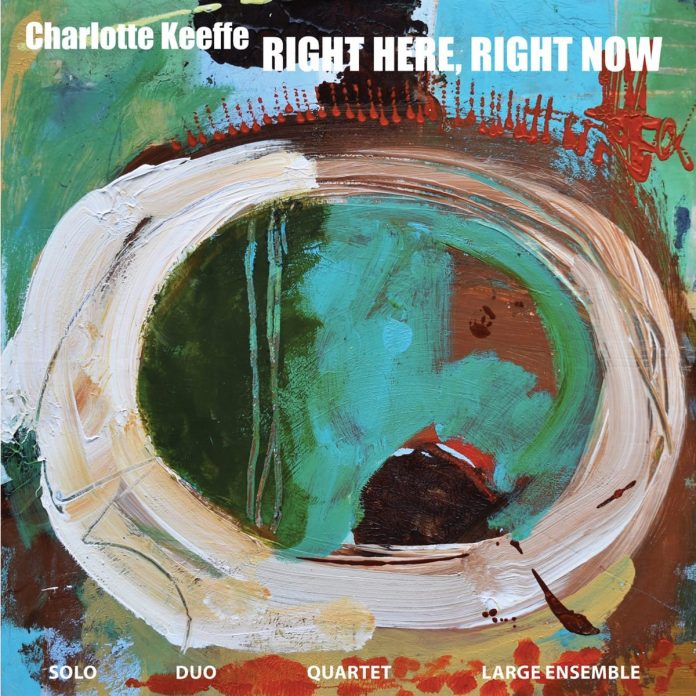 There’s a positive air of the sampler album about this set, and at the same time the feeling of a showcase for Keefe’s undoubted talents, all of which is underscored by the fact that the music documents Keeffe solo and in groupings ranging from duo to large ensemble.

The quartet of Keeffe, Freed, Handysides and Long go about some musical business with greater collective purpose than some of the hyped stars of contemporary jazz, at least as far as I can hear, typically on 1200 Photographs and Sweet Corn. The brevity of both is frustrating because the depth of interplay is exceptional and thus worth far more expansive airing.

The duo of Keeffe and Sampieri is essentially more reflective, although such observation is far from unqualified because their work has such an air of potential about it that what we hear on this occasion seems like just one facet of what they’re capable of. As it is, such is the starkness of the setting that the ear homes in on Keeffe’s expansive tone and ear for knowing what (and when) not to play.

Perhaps inevitably the sense of intimacy extends as far as Keeffe’s solo improvising on Noizemaschin!! where an echo leaves the listener intrigued as to where the piece was recorded, not least because Keeffe’s ear is sharp enough to incorporate the effect into her work.

Keeffe’s talent for directing and conducting an improvising ensemble is documented on Mysterious Breath / This One’s For The Bees, To Steve Beresford and Right Here, Right Now, all of which are examples of how it would be churlish to regard her efforts as interventionist in terms of improvised music. In every case the results are intriguing and for very good reasons, not the least of them being the silent interplay between her actions and the players involved.