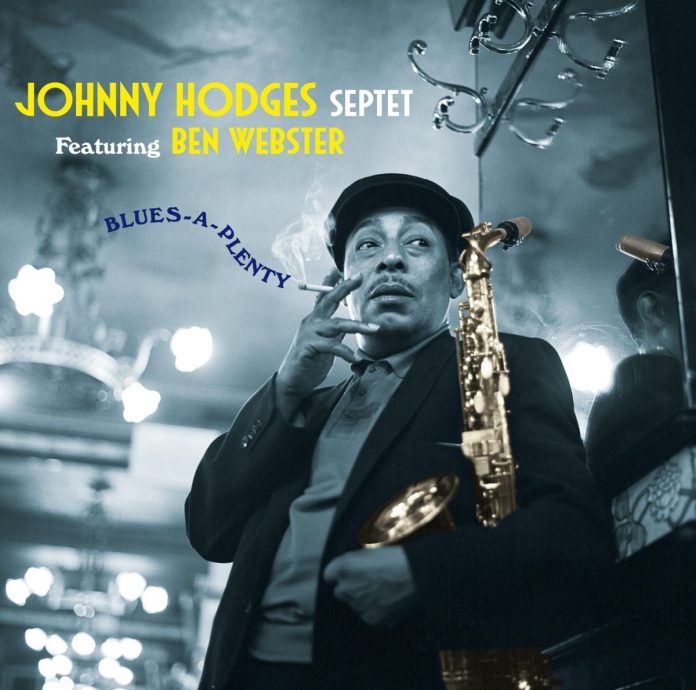 This reissue of two of the best 1958 sessions – Blues-A-Plenty and Not So Dukish – recorded by Johnny Hodges and his mainly Ellingtonian contemporaries for the Verve label is impeccable and impressive. With a handsome 28-page booklet, comments by Brian Morton, quotes from Jazz Magazine, and extracts from original sleeve notes by Benny Green and Leonard Feather, it’s a welcome addition to the 20th Century Masterworks series.

The pairing of Hodges and Webster, with contributions from Roy Eldridge, Vic Dickenson, Billy Strayhorn, Jimmy Woode and Sam Woodyard promised (and delivered) “main stream” jazz of enduring appeal. I Didn’t Know About You, the first track from Blues-A-Plenty, has a rhapsodic and seductive Hodges solo, underwritten by Strayhorn’s sensitive comping. Cool Your Motor is a sultry blues, with a soaring Hodges heading the ensemble, and an incisive trademark contribution from Eldridge.

Hodges again takes the only solo on Gone With The Wind, while Eldridge contributes a high-note introduction to Honey Hill, closely followed by a mellow Dickenson, a full-throated Webster and a more restrained Roy. Blues-A-Plenty, a Hodges original, provides all the participants with solo space, with Webster et al offering timeless comments and Hodges again reaching for the heights. Of the remaining tracks from this session, Don’t Take Your Love From Me (with a delicately nuanced Strayhorn solo) and Satin Doll are showcases for the leader, while Saturday Afternoon Blues has a blistering solo from Webster, and Reelin’ And Rockin’ features Dickenson to advantage.

The “bonus” tracks taken from the LP Not So Dukish – minus The Last Time I Saw Paris – offer more of the same heady mixture: M.H.R. (a Mercer Ellington composition) has solos from Eldridge and Nance, Central Park Swing is led by Hamilton, and Roy and Ben give a gospel tinge to Preacher Blues. Last but by no means least, Jeep Bounced Back, a “folksy” number, lives up to its title, with the man himself producing an insouciant opening statement and Ray Nance closing the proceedings.

As Leonard Feather commented on this album: “Whether or not you are old enough to be seduced by its blandishments of nostalgia, these sides will find their way to you, and there is nothing in jazz more beautiful than the sound of a group led Johnny Hodges.” That statement is as true in 2021 as it was in 1958.