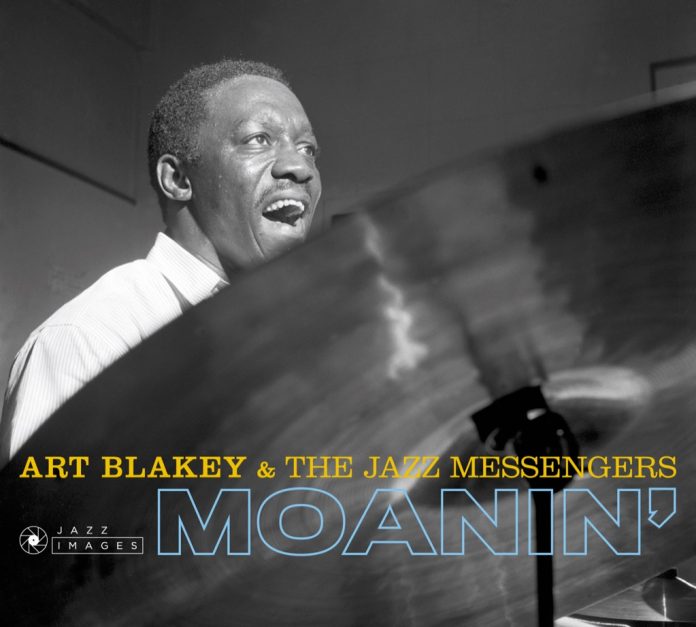 This was one of the few studio recordings by this short-lived edition of the Jazz Messengers and although now 60 years old, it still sounds fresh and pristine today. Benny Golson was the musical director and his influence on the group was profound. He had begun working with Art Blakey in April 1958 and he soon realised that personnel changes were needed for a more consistent band identity. With the leader’s agreement he recruited three sidemen from his home town of Philadelphia – Lee Morgan, Bobby Timmons and Jymie Merritt – to create the unified ensemble sound he wanted.

Golson wrote most of this material and Are You Real?, Along Came Betty and Blues March became absorbed into the jazz vernacular almost overnight. Bobby Timmons’ Moanin’, with its call and response routine, quickly became part of the burgeoning soul-jazz scene (Tom Lord lists over 360 versions). It was given a new lease of life by Lambert, Hendricks & Ross who recorded it in 1959 with Jon Hendrick’s suitably sanctified lyrics.

Both horns are clearly inspired by the fresh material they were performing especially the precociously talented Lee Morgan who was a mere 20 at the time. His burnished tone with its smears, trills and half-valve effects revealed a performer of uncommon individuality. The contrast with Golson’s rhapsodic, Lucky Thompson-style chromaticism was particularly effective. As always, the leader provides a master-class in the art of small-group drumming. Numerous percussive effects including his trademark press rolls provide a constantly stimulating rhythmic cushion for the quintet.

Jazz Images has included nine titles from the group’s Paris concerts and club dates recorded a few weeks later. They perform numbers from their recent album together with Golson’s Whisper Not, Just By Myself and I Remember Clifford together with Thelonious Monk’s intriguing re-working of Just You, Just Me which he called Justice (aka Evidence). The unison on Whisper Not is so perfect it might be one rather than two instruments. Lee Morgan with a harmon is at his most creative here but surprisingly the composer does not solo at all. There are also 18 somewhat perfunctory titles (averaging less than two minutes each) from the film Des Femmes Disparaissent which are likely to be of more interest to completists.