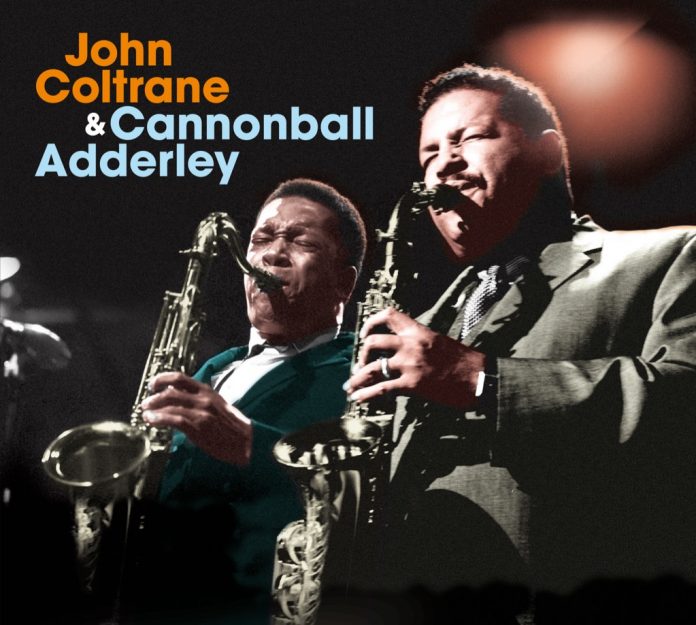 A welcome pairing of two durable and delightful albums featuring Coltrane as he acquired ever greater authority in the mid-to-late 1950s. But this release is not all about Coltrane, far from it. The 1959 date, cut just weeks before Miles Davis’s epochal Kind Of Blue and released originally on Mercury as Cannonball Adderley Quintet In Chicago, furnishes a timeless example of the broad appeal of the work of the man whose playing and character meant as much to Davis (can you imagine the man in the green shirt agreeing to appear on anyone else’s date as sideman, as he did for Adderley on the March 1958 Somethin’ Else session for Blue Note?) as they did to Joe Zawinul, who in the mid-1970s recorded the beautiful ballad Cannonball in memory of his long-time employer.

The 1956 Mating Call features six well-crafted pieces by Dameron, who offers literate arranger’s piano throughout, occasionally of distantly Monkish hue. The opening title track finds Coltrane as rhythmically measured as he is strong in both tone and thematic coherence as he springs off Dameron’s exotically cast dance-like measures, while Romas exploits classic “get down” blues tropes. And if Super Jet burns at the sort of crisp clip which brings out the best from the inimitable Philly Joe Jones, Soultrane presages the broad-spun lyricism and spirituality which would mark so much of Coltrane’s latter-day work.

The good news continues, albeit in different register, on the 1959 session, where Coltrane sits out on Stars Fell On Alabama to let Adderley shine and Adderley returns the compliment on Weaver Of Dreams. Kelly, Chambers and Cobb are superb: they had that “three-in-one” thing that meant so much to Oscar Peterson, with Kelly’s lithe and sparkling lines a delight throughout and Chambers and Cobb simply smoking.

Coltrane ‘s tone on tenor was now more compressed and cutting, as he came closer and closer to those “sheets of sound” he would bring to full life on the March and May 1959 sessions that became famous as the Giant Steps album. As for Adderley: he could burn with the best – hear his trades with Trane on the up-and-opening Limehouse Blues, as well as the cascading verve he exhibits on Grand Central and The Sleeper. But the date also has some lovely examples of Adderley’s more relaxed or mellow inclinations, his soulful ability to “feather off” matters of linear idea and emotive dynamics alike, epitomised by Stars Fell.

Seventy or so minutes of pure joy, courtesy of the sort of modern jazz that now finds itself 60 or so years old – yet ageless.

Gretje Angell: In Any Key