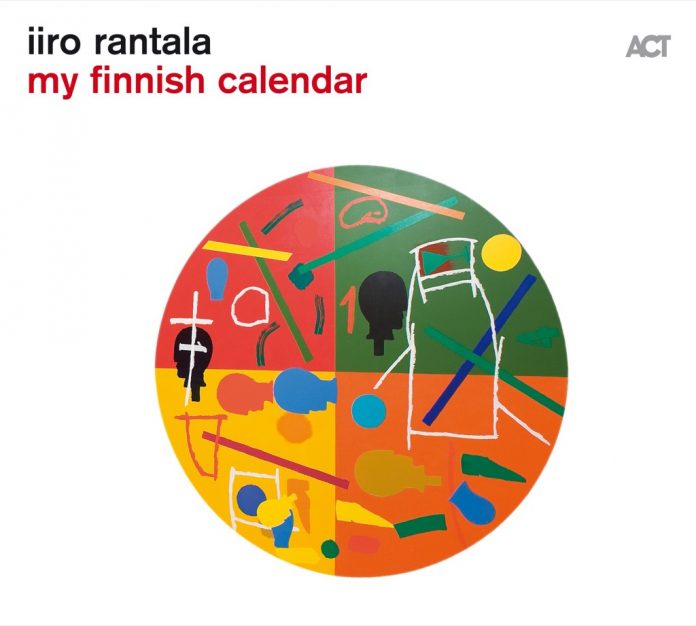 As anyone who has caught him live will surely attest, Rantala is one special barrel of tumultuous creativity. His distinctive pianism can flow as from some primal well of inspiration, the result often as rinsed in plangent folk-touched melody as it may be illumined by subtle harmonic texture or driven by fiery ostinato figures.

Following the recent and excellent ACT trio dates Anyone With A Heart with Adam Baldych (vn) and Asja Valcic (clo) and How Long Is Now? with Lars Danielsson (b) and Peter Erskine (d) – and the enjoyable duo session Good Stuff with Ulf Wakenius (g) – here are 50 or so minutes of solo Rantala.

His third such outing for ACT, the session comprises a self-penned suite dedicated to the changing seasons and associated human moods of the pianist’s native land. Some suitably striking photographs plus some wryly empathetic observations from Rantala concerning the Finnish character as it is affected by the seasons round out a beautifully recorded and packaged release.

A calendar year in the Far North suggests an album of wide-ranging colour and mood and that is exactly what we get. Hear December and June for diverse evidence of both the clarity and the strength of Rantala’s left hand and his engagingly melodic approach, with some Joplin-like echoes distinguishing June. Relish the irresistible shuffle/train-time drive of the joyous May and July, the latter a classic power-house display which offers stark contrast to the tempered, hymn-like and minor-cast lyrical introspection of the opening January. Some tracks, like May and August, employ diversely clipped and ringing prepared piano effects, while March recalls none other than Oscar Peterson in its suavely woven elegance.