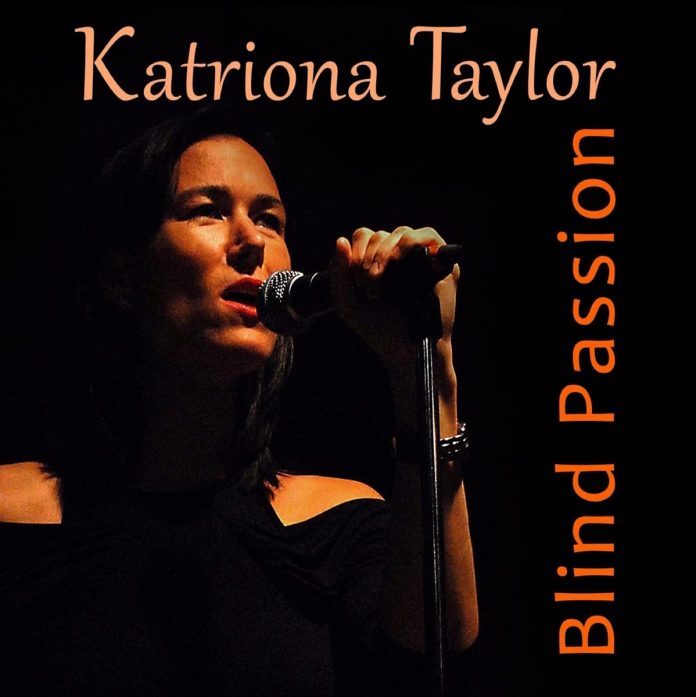 Although this is Katriona Taylor’s fifth album, it has been more than a decade since her last recording. It may be, therefore, that to some she is less well known than should be the case.

Registered blind, Taylor’s first career was as a lawyer in London. Then, having qualified in acting and singing at the Central School of Speech & Drama, she decided to follow the call of her lifelong love of music. Her way since then has included European tours, the development of a following in the UK, and becoming an established teacher and vocal coach.

A gifted songwriter, Taylor here performs six of her own compositions, while other songs celebrate the talent of composers/performers who are visually impaired, including Ray Charles, José Feliciano, Diane Schuur and Stevie Wonder.

Stylistically, Taylor is comfortable with Latin music, this stemming from childhood years in Portugal, and soul, for which her vocal sound is well suited. Her father, former tennis champion Roger Taylor, enjoys jazz and so this genre was also something she heard in her formative years. All these forms are evident in her performances, together with an underlying appreciation of the blues, demonstrated here on the opening and closing tracks.

Taylor’s vocal sound is wholly engaging, bringing as it does a husky intimacy to ballads, especially a lovely My Cherie Amour, and rhythmic urgency to mid-tempo songs. In the case of Jim Morrison’s Light My Fire, she has chosen an ultra-slow tempo that is absolutely right, delivering what deserves to be placed among the song’s definitive performances.

All instrumentalists provide very good support and there are some well-taken solos, notably from Vasilis Xenopoulos on tenor saxophone (soprano saxophone on Light My Fire) and sometimes flute, Peter Hammond on keyboards, as well as both guitarists. This album will be enjoyed by many and surely there will not be another 10-year gap before Katriona Taylor’s next.

Nigel Jarrett - 12 May 2019
Jazz might be called the art of theme and variations, the art applying as much to the theme as the way a musician plays around with it. Everyone knows...