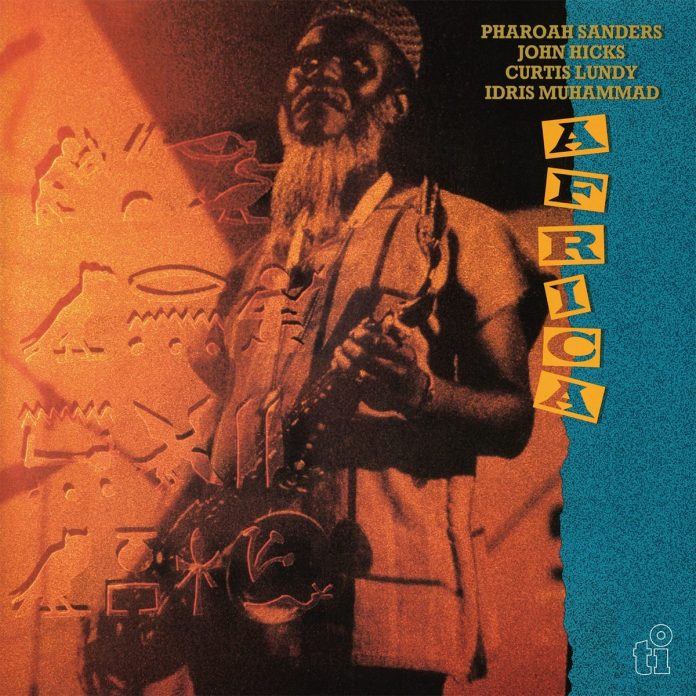 Avant-garde saxophonist Albert Ayler once said: “Trane was the father, Pharoah was the Son, I am the Holy Ghost.” Africa not only screams originality and flair but pays direct tribute to Ferrell Sanders’s late mentor, John Coltrane. However, many may view his sound closer to horn players such as Evan Parker than Coltrane’s sheets of sound. This re-release, originally on shelves in 1987, shows Sanders’s devotion to his teacher’s sound but also his confidence to leap out of Coltrane’s shadow.

Sanders has often been criticised for becoming side-tracked, focusing his attention on extended idiomatic techniques played on the saxophone. Sanders’s version of his master’s classic, Naima, shows how he’s integrated that practice among the harmonic and melodic sophistication he possesses too. There is greater emphasis on splitting notes and targeting overtones compared to Coltrane, especially on Speak Low, the only other cover on the album.

And who could forget the most successful landmark on Africa that is You’ve Got To Have Freedom. His howling introduction is quite a classic. As John Fordham rightly said: “Whenever anybody says that jazz went wrong as soon as it started contemplating its navel and forgetting about the tune and the dancefloor, you can point in the direction of Pharoah Sanders.” There must be freedom to express your feelings in a creative manner other than confining your emotion to structured forms and theoretical progressions.

Gordon Jack - 21 February 2020
Art Farmer’s initial reaction to working with Gerry Mulligan’s pianoless quartet was, “It’s like walking down the street with no clothes on”. A quite understandable reaction from an instrumentalist...