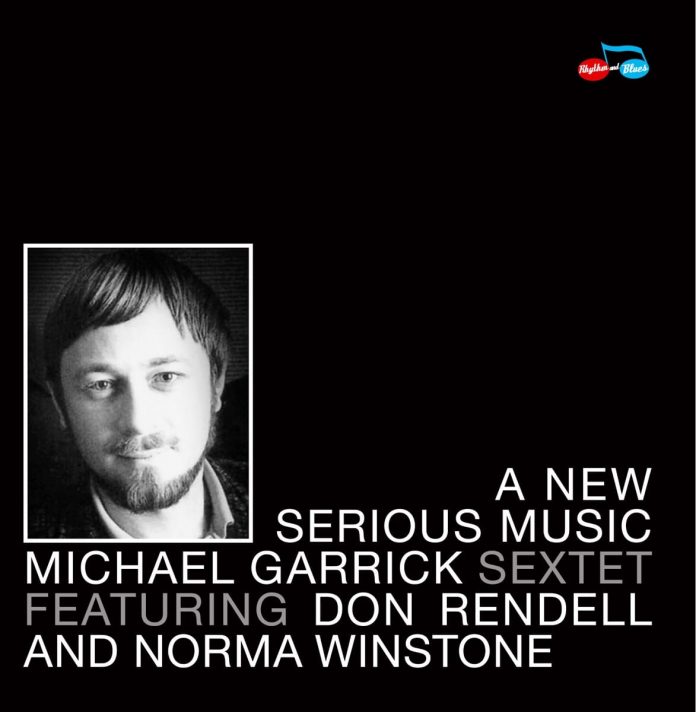 New and serious it was, with Garrick determined to present a type of jazz that was very British and owed little to the African-American tradition. Two sessions recorded for BBC Radio in 1967 and 1969 are offered here in full. Much of the material presented had been or would soon be, recorded by Garrick on Argo Records so these performances are typical of what he was composing and playing at the time.

The first set is a half-hour programme for BBC Jazz Club, and it offers music from the Garrick sextet of the time, a band sounding like a hard-bop unit transforming gradually into a more avant-garde outfit. The opening Good Times swings along merrily in post-bop manner with boppish horn solos and a Slam Stewart type sing and play bass solo from Goode.

Rustat’s Gravesong is a very different animal with a free-style tenor excursion from Philip and Goode playing mournful bowed bass. Beautiful Thing is perhaps the best piece; dedicated to Billie Holiday, it is a lyrical song with a gleaming trumpet solo from Lowther and strong Garrick piano and rhythm backing. The music here was innovative, personal, daring and yes, very British but at times perhaps a little visceral.

The second batch of compositions come from a 1969 Jazz Workshop BBC broadcast and feature Garrick’s attempts to combine jazz and poetry along with poets John Smith and Jeremy Robson. There is some sterling solo work from Don Rendell and Art Themen on tenor and soprano saxes, Ian Carr, the leader himself on piano and, particularly, the just beginning to bloom Norma Winstone with her vocals designed impressively as instrumental sounds, even though she is mostly singing the lyrics in full.

Smith and Robson recite their poetry over the music as it plays but I did not get the feeling that the two formats ever fully jelled. Garrick and others experimented with jazz and poetry quite a bit in the 1960s and this is one of the most intense, impressive collaborations. There are strong solos from Garrick, Rendell, Themen and Winstone’s improvised vocals all through. If not fully successful, this music is a fascinating document of Garrick’s experiments with a new type of “local” jazz and the mixing of music and poetry.