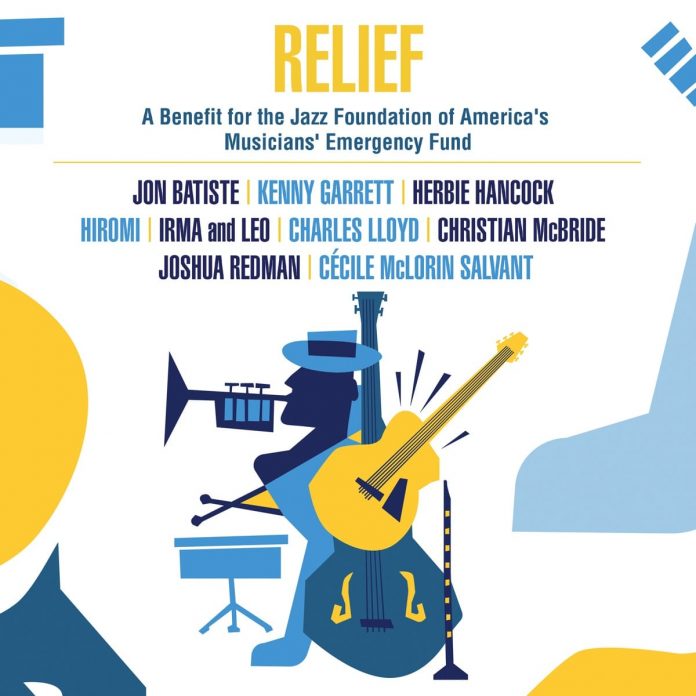 Five major record labels – Mack Avenue, Blue Note, Verve, Nonesuch and Concord have teamed up to issue this broad-ranging compilation of nine previously unreleased numbers from a bevy of top jazz artists. Sales of the album will go towards helping American musicians and their families whose income evaporated as a result of the pandemic and international shutdown of public performances.

Christian McBride’s contribution, Brother Malcolm, is an outtake from his 2018 New Jawn quartet sessions. The title refers to the black nationalist civil-rights leader, Malcolm X. McBride’s larger ensemble recorded the song in 2013 but it wasn’t released until The Movement Revisited came out in 2020 coincident with that year’s anti-racist protests.

Cécile McLorin Salvant’s version of Easy Come, Easy Go Blues, recorded by Bessie Smith in 1924, is an outtake from Salvant’s 2018 album The Window. The quality of her articulation and Sullivan Fortner’s piano accompaniment is so good it’s surprising the track wasn’t selected first time round.

Joe Hen’s Waltz, an outtake from Kenny Garrett’s 2012 Seeds From The Underground sessions, is a tribute to Joe Henderson with influences from the latter’s composition, Inner Urge. Joshua Redman’s Facts comes from sessions resulting in his 2018 album Still Dreaming and Jon Batiste’s Sweet Lorraine was recorded the same year but kept under wraps until now. The song, composed by Burwell and Paris in 1928 and later made famous by Nat King Cole, is sung and played superbly by Batiste.

Hiromi’s dazzling Green Tea Farm is a 2020 version of the track she made for her 2004 Brain album. It’s followed by two numbers that were recorded live: Charles Lloyd’s Lift Every Voice at a concert in Belgrade, 2019 and Herbie Hancock’s Gingerbread Boy at New York’s Great Night In Harlem benefit in 2014. Hancock’s band is fronted by tenorist Jimmy Heath who wrote the number and by Wallace Rooney on trumpet. Both sadly died in 2020.

Esperanza Spalding’s contribution, Back To Who, was recorded and overdubbed at her home in that year. Unfortunately it’s rather tuneless but don’t let that put you off from acquiring the album – there’s some good stuff here, particularly Salvant and Batiste’s highly melodic pieces.

Elliot Marlow-Stevens - 18 May 2020
Over the past five decades, since the inception of jazz fusion, Trilok Gurtu has distinguished himself at the pinnacle of musicianship within the genre. As the drummer for John...