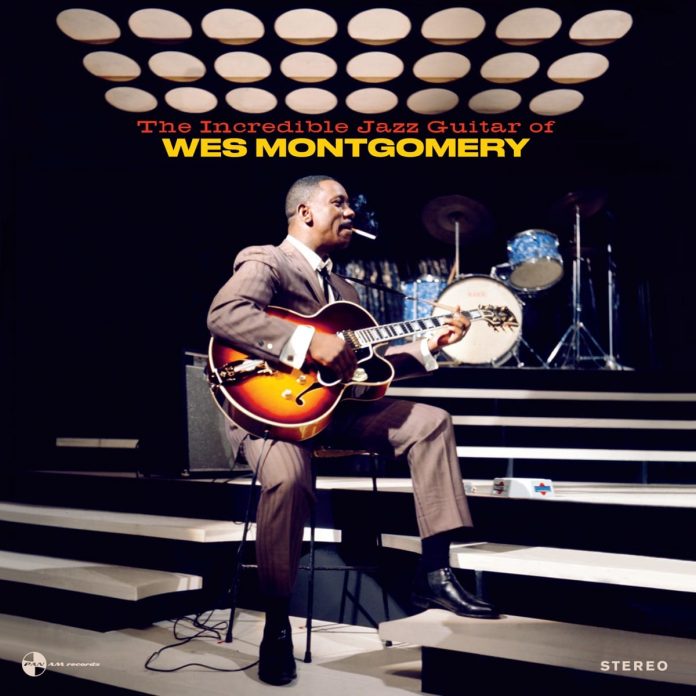 Before realising that this album even existed, I had already listened to most of the tracks through recommendations or playlists. When I was at music college, Wes Montgomery’s vocabulary was always recommended as a place from which to learn and transcribe.

The Incredible Jazz Guitar Of Wes Montgomery was his third album as leader or co-leader, following Montgomeryland (Pacific Jazz, 1958) and The Wes Montgomery Trio (Riverside, 1959). Prior to this, Montgomery had only worked with Lionel Hampton (caught here on film), beginning in 1948, apart from two albums recorded with his brothers.

This re-release on PAN-AM Records features an additional bonus track, an alternate version of West Coast Blues. This slightly shorter interpretation of Montgomery’s composition appears at the end of Side A before leading into the original at the beginning of Side B – a bold move. The bonus track also features a slightly different line up with the addition of two horn players (see below).

Montgomery isn’t afraid of including covers in his repertoire. The album opens with Sonny Rollin’s Airegin (Nigeria spelt backwards) at a swift tempo. In Your Own Sweet Way by Dave Brubeck is also added to the setlist. Four On Six is an interesting title by Montgomery; it refers to four crotchets in a bar superimposed over a rhythm of six quavers. Gone With The Wind is a nice breezy medium swing with lots of blues phrases, showcasing Montgomery’s elegant touch on the guitar.

For any jazz guitar enthusiast, there is no place better to start than this album. If you were struggling to find a copy and are left with no choice but to buy an original for a price that is far too dear, then this vinyl reissue would be perfect for you.